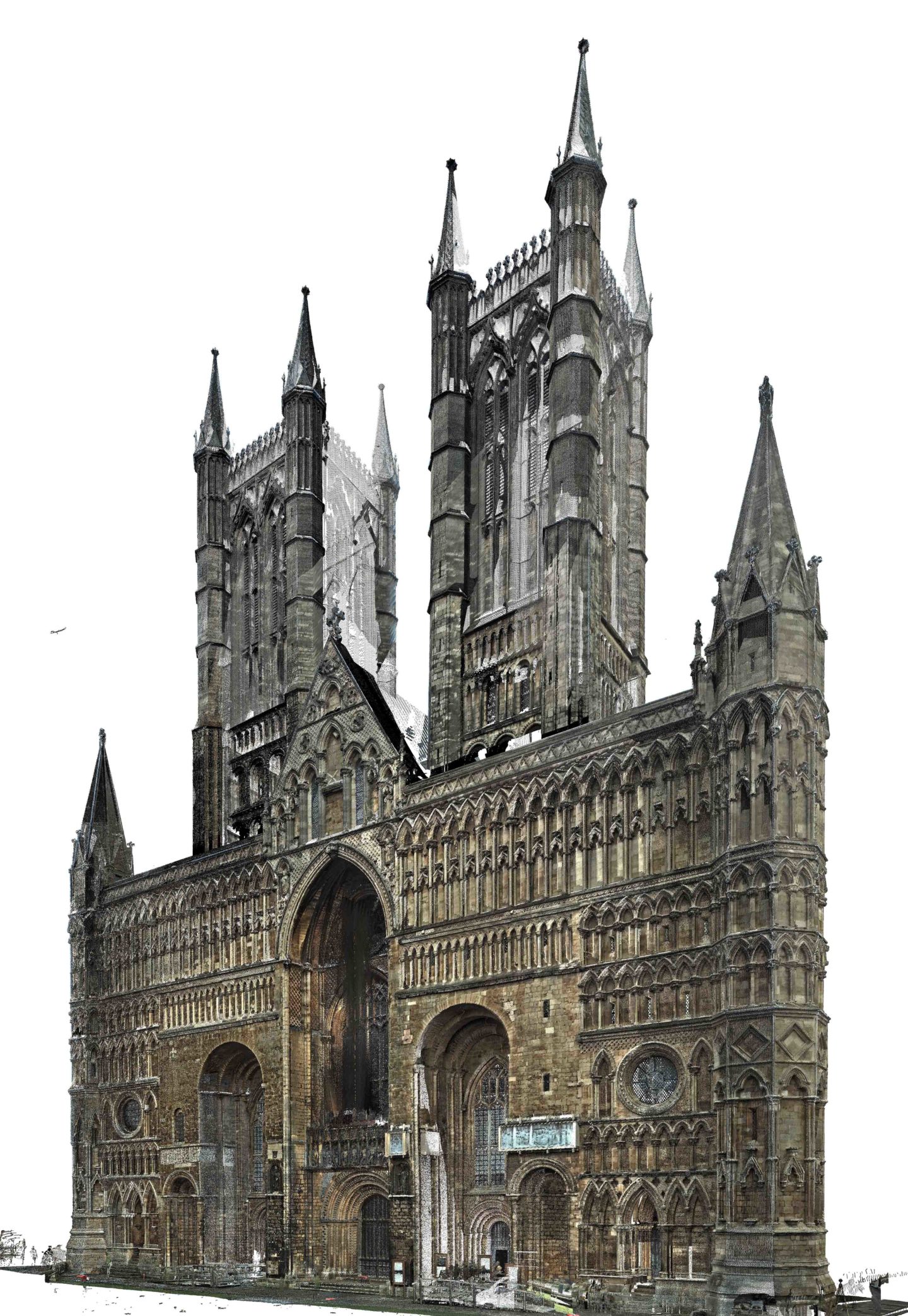 The world watched in shock as the flames engulfed the beautiful Notre Dame cathedral in Paris, France. Saved from the fire, the main structure is fortunately still standing, despite having been originally finished more than 750 years ago. President Macron declared that the cathedral, one of the capital’s most visited destinations, would be rebuilt within the next five years, in time for hosting the Olympic Games in 2024. He called for “a touch of contemporary architecture” rather than a faithful reproduction of the previous spire and roof, and it will be interesting to see the proposals coming through for the rebuilding of such an important part for French identity and culture.

While much of what was lost in this unfortunate fire is irreplaceable, there is a silver lining to be found: the effort to restore the cathedral can be helped by the tireless work of those who paid close attention to what was there before its destruction. Historian Andrew Tallon digitally scanned the structure in 2010, collecting more than 1 billion data points. These then became “point clouds”, rendered into images of three-dimensional space. The result is a full digital re-creation of incredible detail and resolution, which can complement with further accuracy the available historic and modern drawings of the building.

“When you’re working on medieval buildings, it’s difficult to have the impression you can say anything new. They’ve been looked at and written about for ages,” Tallon told a documentary crew in 2015. “So I’ve been using more sophisticated technology these days to try to get new answers from the buildings.”

While this ‘sophisticated technology’ may have sounded close to science fiction to some only a decade ago, it is now commonly used within the built environment. Our teams regularly use it on an extensive range of projects, such as the ones below.

From the same era as the Notre Dame construction, Lincoln Cathedral’s West Front precious 12th century carved Romanesque stone frieze required meticulous renovation. The team engineered the temporary works to support working at height, whilst remodeling the public realm underneath, both part of the wider Cathedral Connected project. The 3D point cloud technique was used to map the complex arrangement – a series of tapered stone arches and highly sensitive ornate carvings. Thanks to this data, the optimal podium deck level and frame tie-back positions could be confidently planned in, along with the accurate steelwork design and installation. Post processing, the point cloud also helped define the design parameters, including the ‘slices’ to inform the steel fabricator’s final designs. Based on these investigations, an innovative cantilevered hot rolled steel podium framework was implemented, tied back through the existing glazed openings and combined with stanchions bearing on the stone foundations. Thanks to this, only minimal re-in statement of finishes will be required once the temporary scaffold will be dismantled (expected in 2023), saving both time and funds. 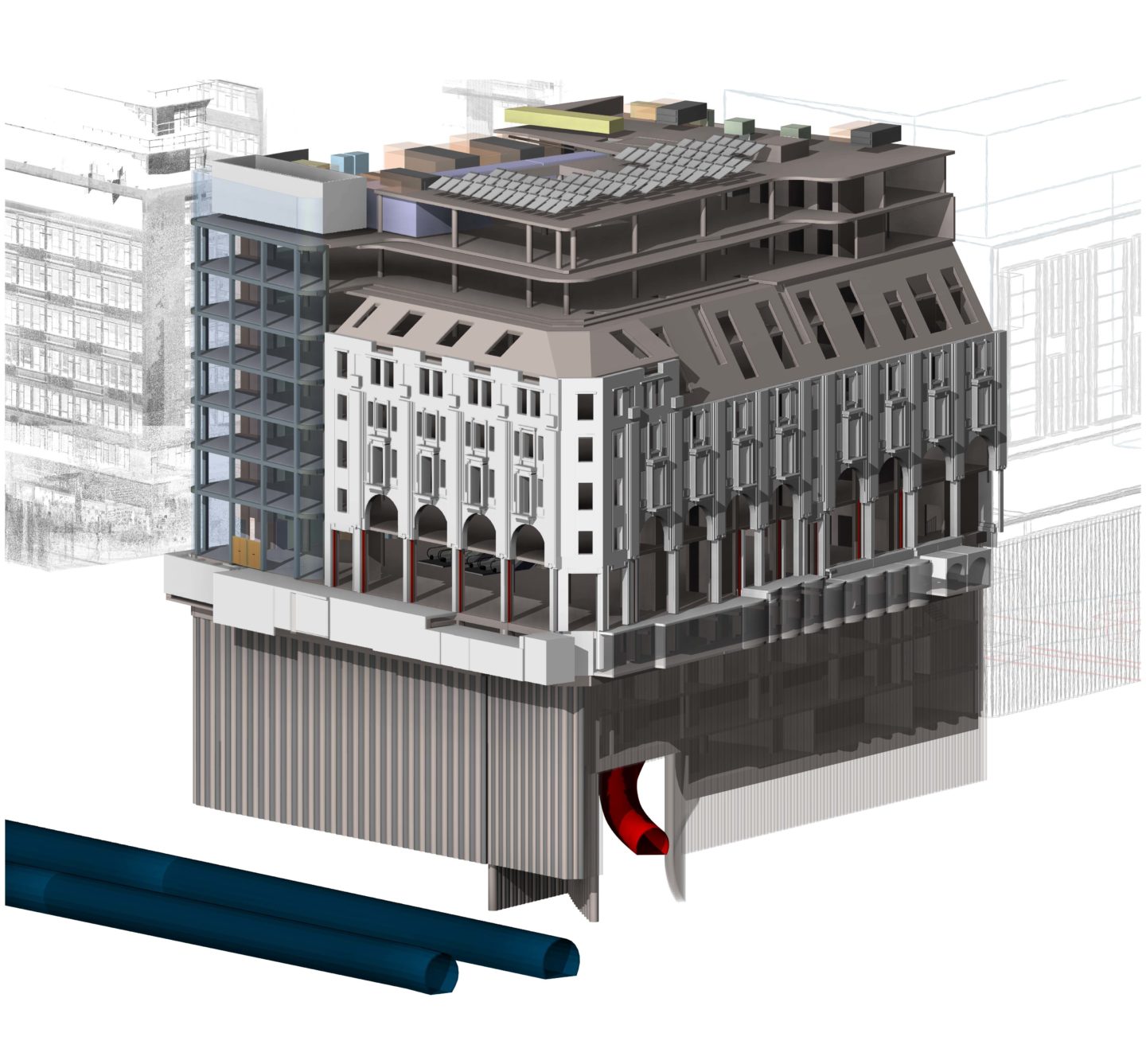 For the retention of the existing Charles Holden façade, a 1910 building at a prominent location on Oxford Street in London, the technology was used to find ways to work around the assembled constraints posed by the Central line, Mail Rail tunnels and future Crossrail 2 routes. The Plowman Craven consultants team used the point cloud data to produce a Revit model of the internal building, while we guided Hopkins Architects to illustrate the retained facades using that same data. Using this extensive information, including the photogrammetry model, and through clever engineering and collaboration with the relevant teams, four basement storeys were added, comprising 5,980m2 – a significantly greater return on the client’s investment while maintaining the building’s beautiful 20th century character. 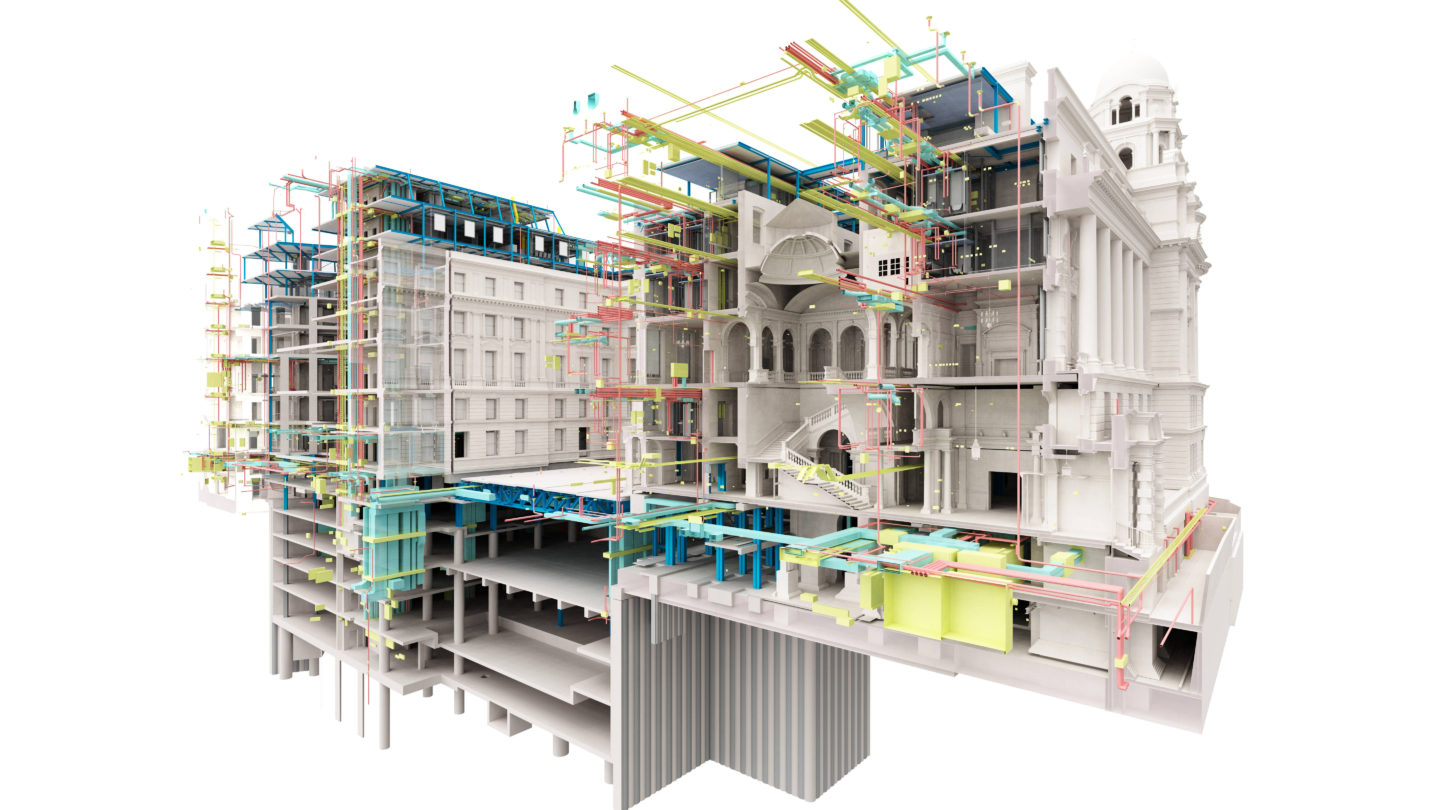 For the ongoing redevelopment of the Old War Office in London, the grade II* listed building was fully captured with a 3D survey, undertaken by Murphy Surveys. The Revit model based on the point cloud data informed the design teams’ drawings, complemented with 2D archive drawings. Using the full set of information – the existing model, the point cloud, and photogrammetry data – our team could cross-check all critical dimensions, ensuring that the situation on site matched assumptions. The 3D survey proved to be invaluable, for example showing turrets that had not been included in the archive drawings. By avoiding unnecessary site visits and costs, the teams could continue focusing on the key project priorities. 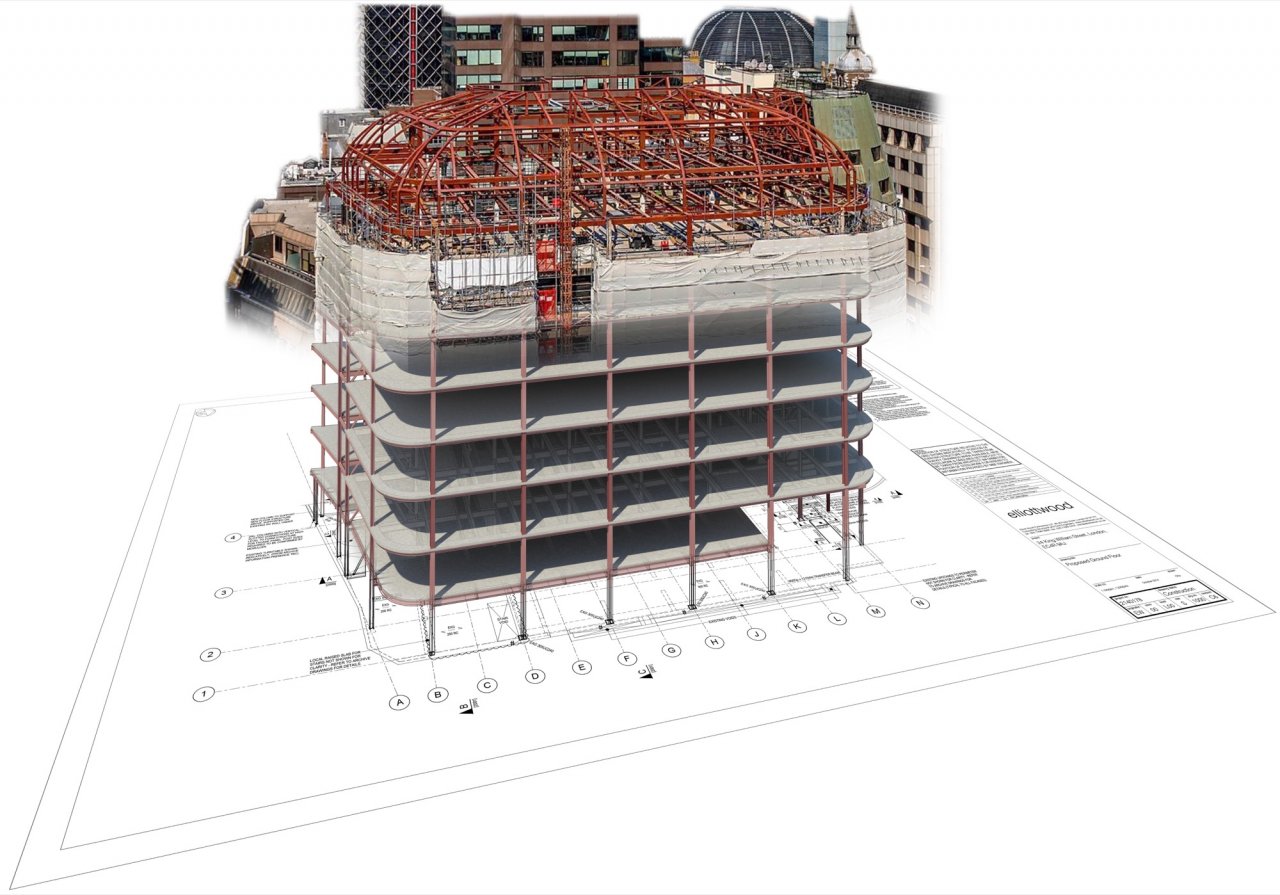 Closer to our times, the 24 King William Street project involved transforming a dated and under-utilised 1980s steel-framed office building in London into an attractive destination. The laser scan carried out by contractors once the building was stripped out, along with the existing Revit model built from archive drawings, contributed to the strong accuracy of the 3D model. Thanks to this data, the team could illustrate how additional floor area could be accommodated onto the existing structure without any costly strengthening works or the closing of the occupied retail units on the lower floors. A 3-storey mansard replaced the existing roof plant area, adding 20,000sqft of net internal area. This thorough, cross-team, targeted approach led to zero foundation works and minimal steelwork strengthening, cutting costs, improving efficiencies for all teams and of course, return on investment for the client.

As 3D and virtual reality technology advance exponentially year on year, it will be exciting to see how its applications can help conserve and improve our built environment, helping us engineer a better society that celebrates both past and future.