We’re thrilled to announce our Civils team has won a SuDS Award for Guildford Crematorium! It's the latest in a number of awards for the project, which includes a RIBA National Award and a Civic Trust Award.

Prior to development, the existing crematorium building and site wide infrastructure had come to their end of their natural lives, both in terms of capacity and functionality. The existing site drained to a watercourse that runs along the sites southern boundary, and a traditional existing drainage network meant that surface water run-off into the watercourse was uncontrolled, both in terms of flow rate and water quality. The existing site had several constraints, including extensive areas of no-dig, a large span across the site with a shallow outfall and the fact the site was a fully functioning crematorium pre-development that was largely kept operational throughout the works.

The proposed SuDS scheme had to be sympathetic to the usage of the site, both post-development and during construction. It needed to be seamlessly incorporated into a sophisticated landscape strategy in order to maintain the overall elegance of the proposals. The strategy for the site wide access roads was to drain to road-side swales and filter drains which omitted the need for a traditional gully system. Not only did this arrangement slow the flow of surface water run-off entering the downstream network, it also included additional water quality benefits and provided a shallow method of water conveyance across the site. Permeable parking bays were installed across a new visitor’s car park which also drained adjacent impermeable aisles. The entire sub-base of the car park was used to attenuate and convey run-off which also provided pollution prevention measures.

Below ground geocellular attenuation crates were used sparingly and only where absolutely necessary to meet the run-off aspirations of the Lead Local Flood Authority. Each proposed SuDS device was linked to the next to provide a continuous SuDS treatment train across the site up to the connection into the downstream watercourse. This shallow treatment train omitted the need for pumping stations across the development as well as deeper trenches associated with traditional drainage. Rills and reflections pools were added to the landscaping strategy to create a tranquil environment for visitors and contribute to the wider ethos of showcasing water as an asset.

The close-knit SuDS strategy and landscaping proposals ultimately provided peaceful and welcoming surrounding for mourners to remember loved ones throughout all stages of grief. 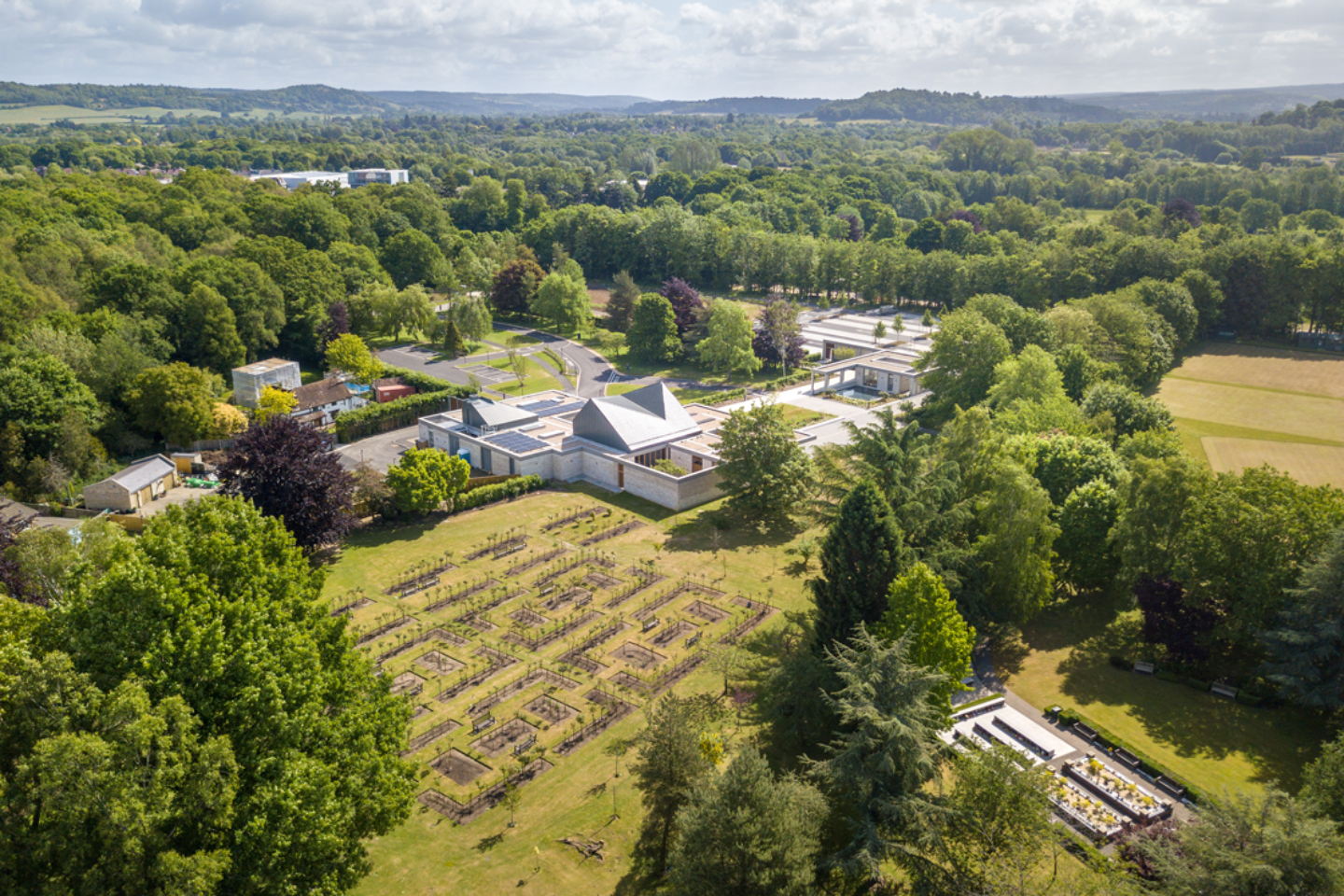 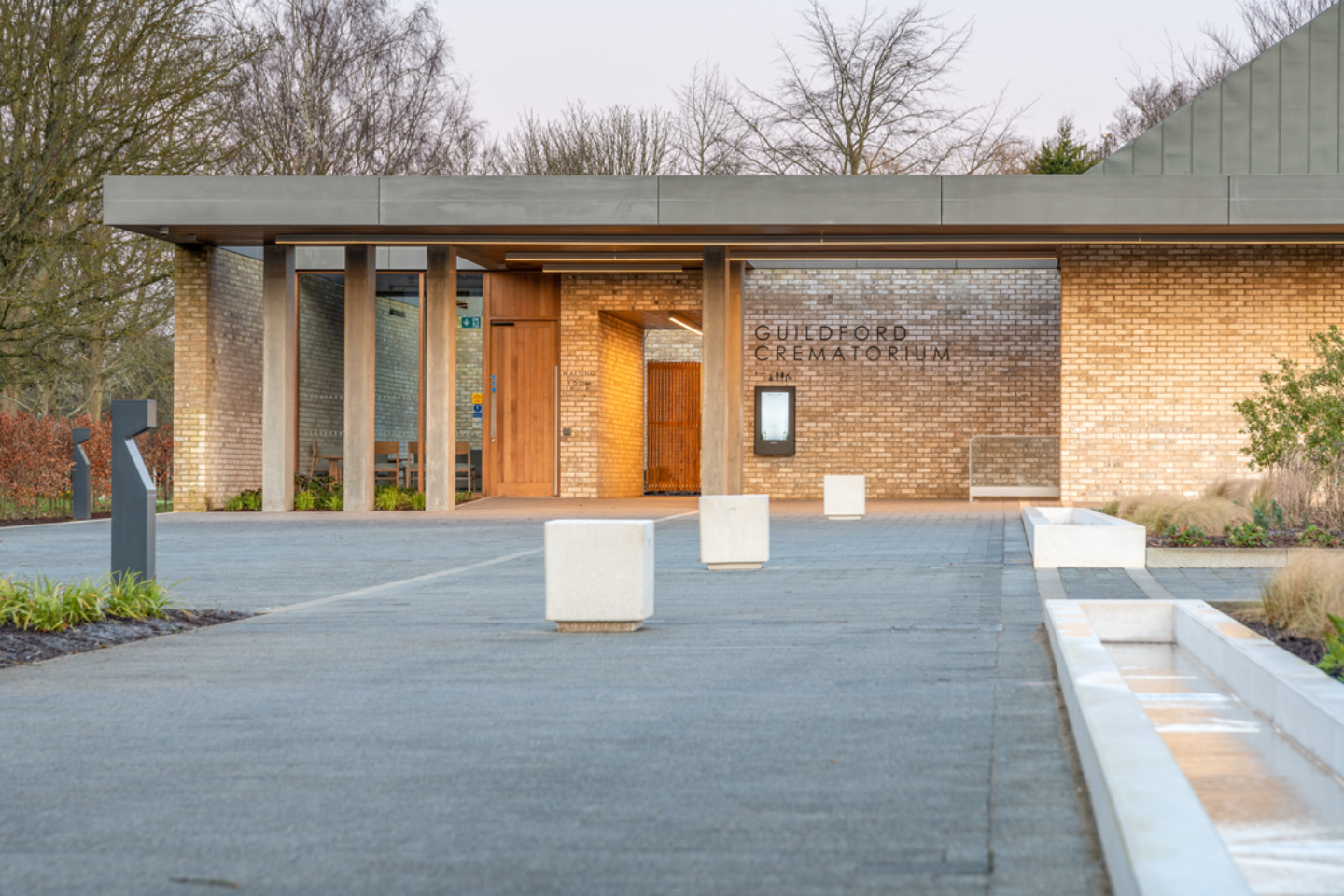 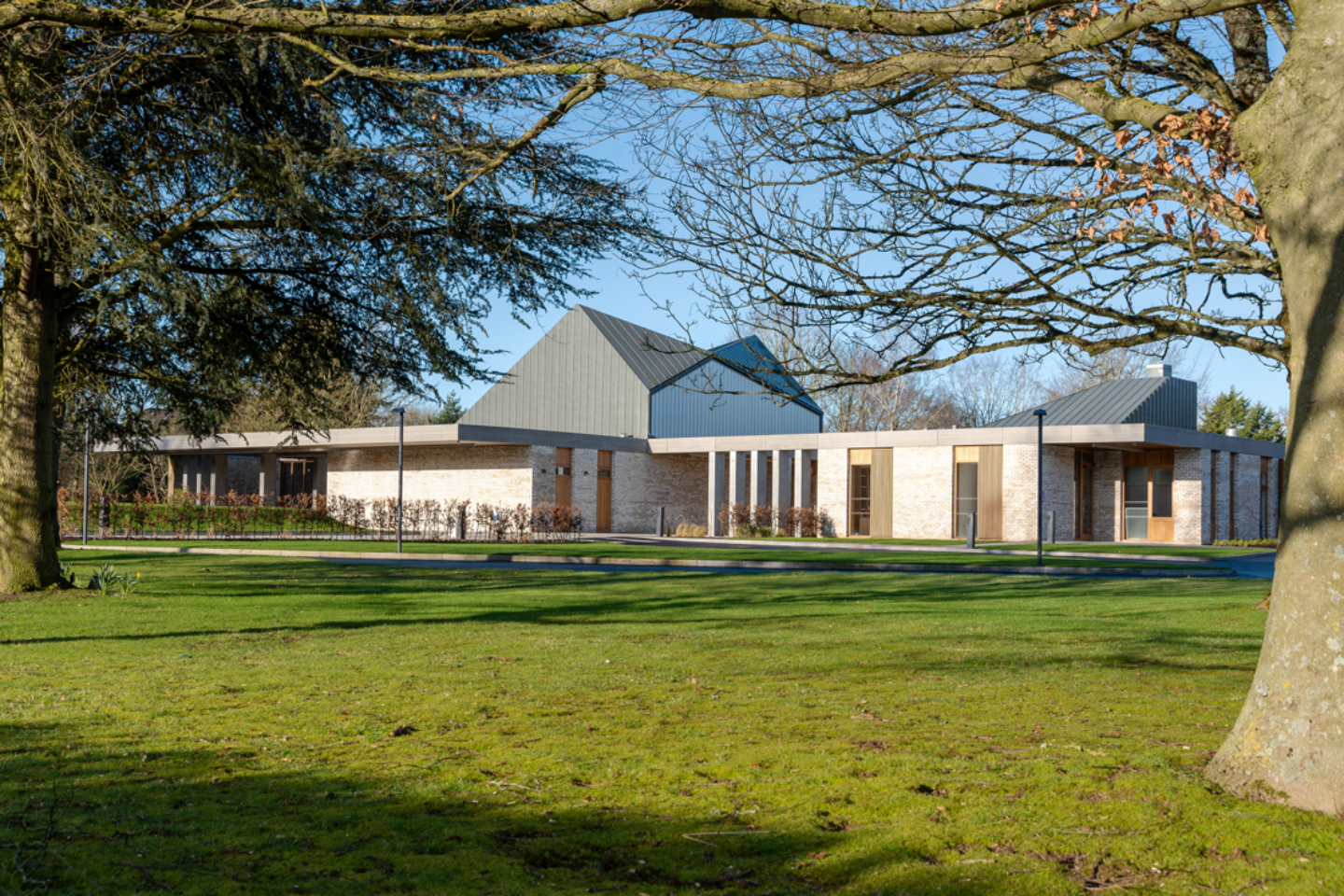