Elliott Wood were appointed as the structural engineers for a project to remodel a 1970’s building in Kensington.

The initial concept was based on a stressed-skin panel design, spanning between primary beams. The structural solution was developed into a full-width spanning bi-planar arch structure constructed with internally exposed GluLam primary and secondary beams, and CLT panels forming an exterior shell. Arranging the facets in this way meant the roof structure was independently stable, not requiring lateral restraint from the floor below. Due to height restrictions on the proposals, an origami roof solution was developed to maximise volume of the new top storey. This was to be exposed internally, with integrated roof lights to maximise daylight into the floor plate. A completely timber shell structure to sit on top of the existing building was created.

The existing building had poor floor to ceiling heights and limited internal circulation space due to a large internal core so alterations need to be sensitive to these dimensional constraints. The new building was desginged to be an ultra modern, high spec office space. New services were therefore required throughout and the facade was designed to have integrated risers to limit impact on floor area. The front facade was replaced with a contemporary masonry facade with a steel frame behind to reinstate stability and vertical load transfer.

A new atrium was created through the existing floor plates which necessitated the design of a feature stair that also supported the upper floors to allow removal of existing columns. 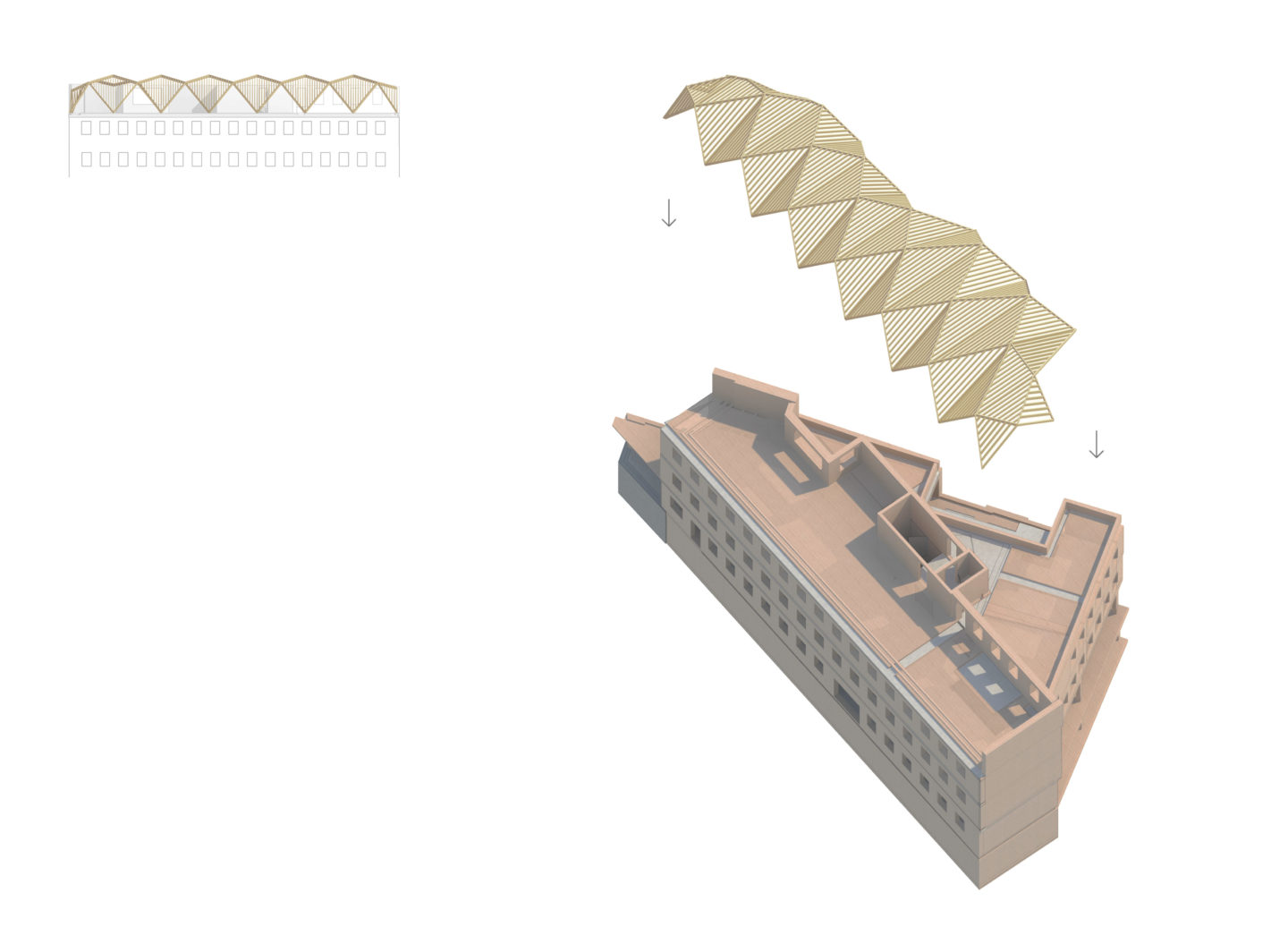 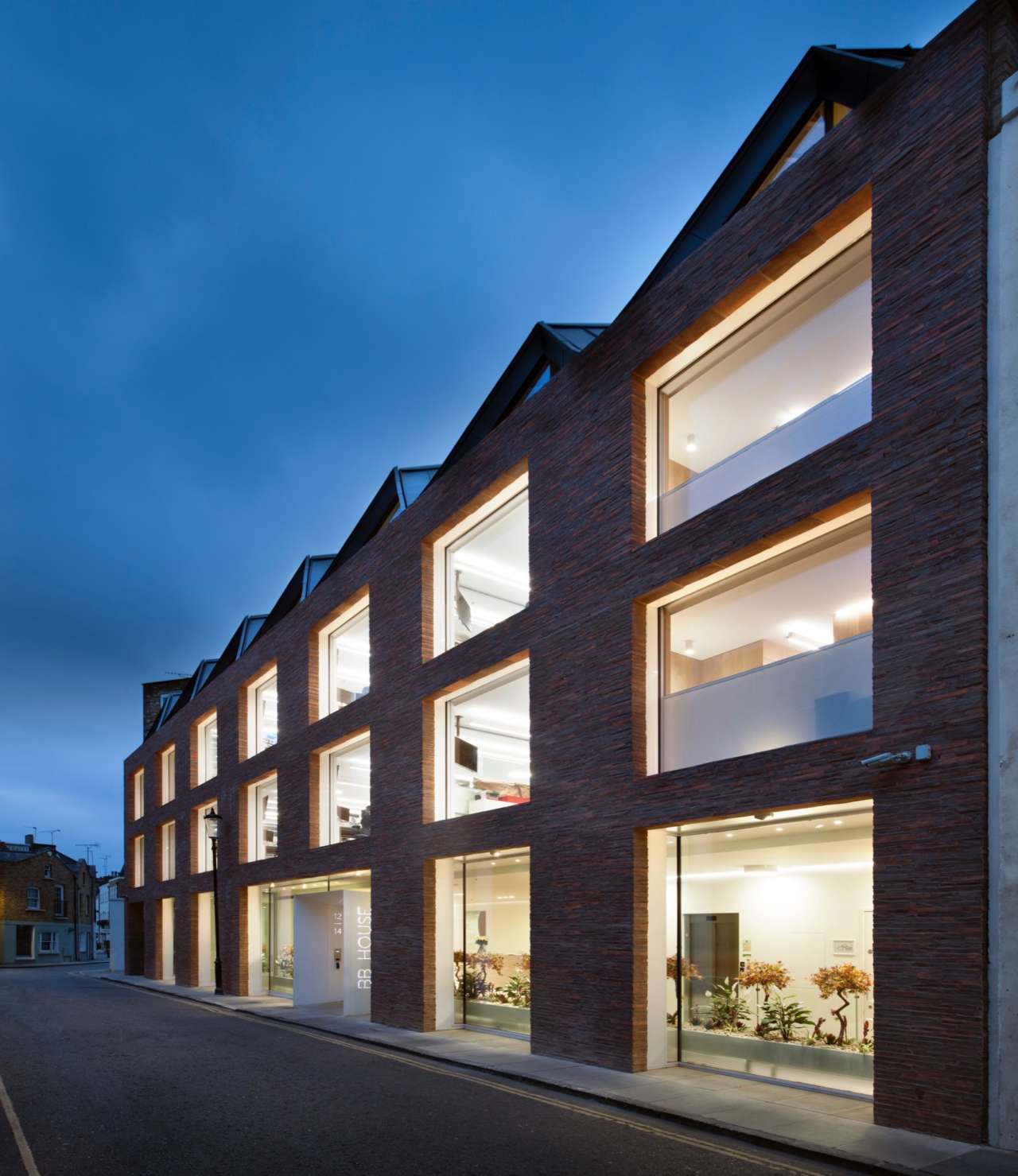 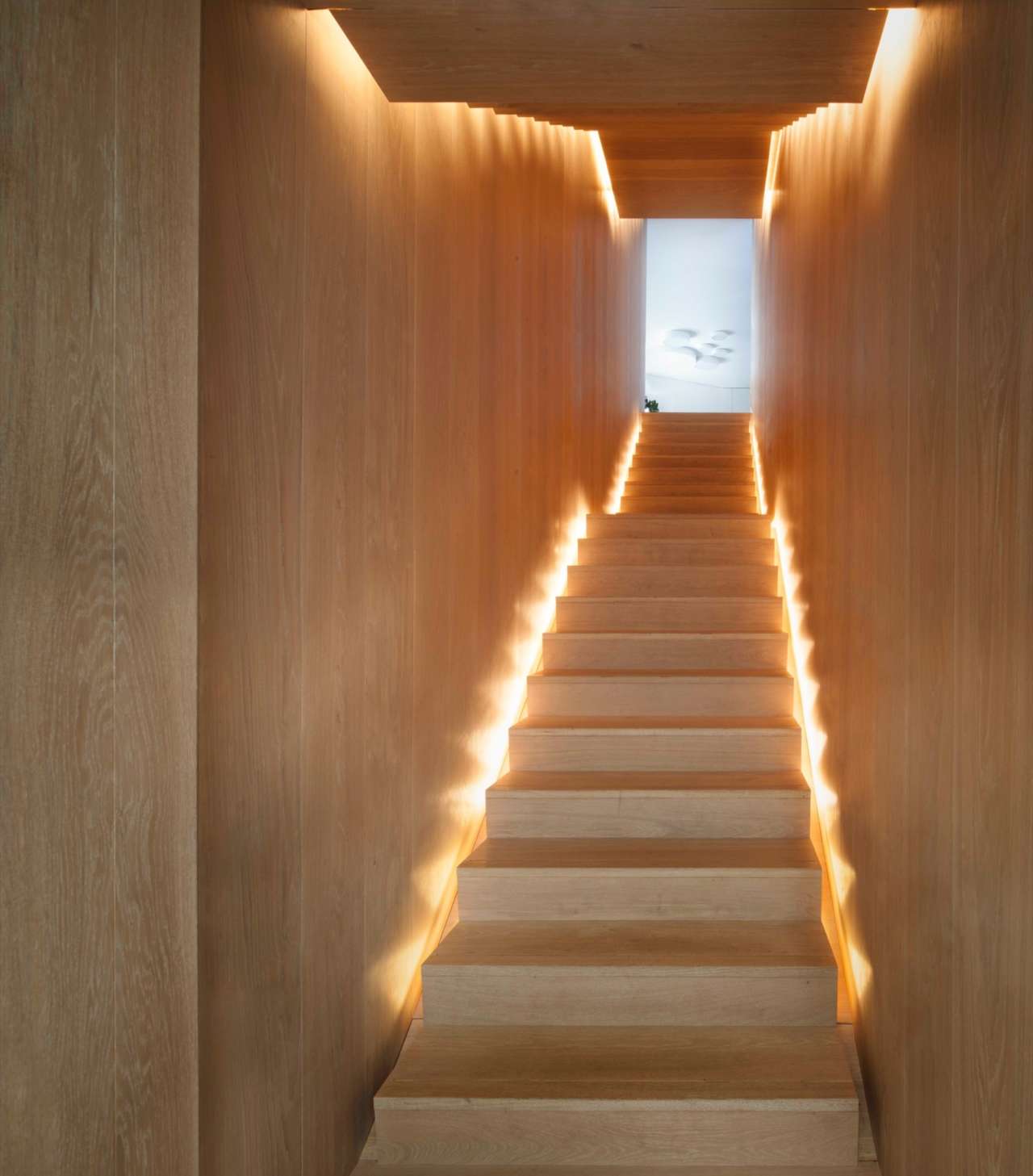 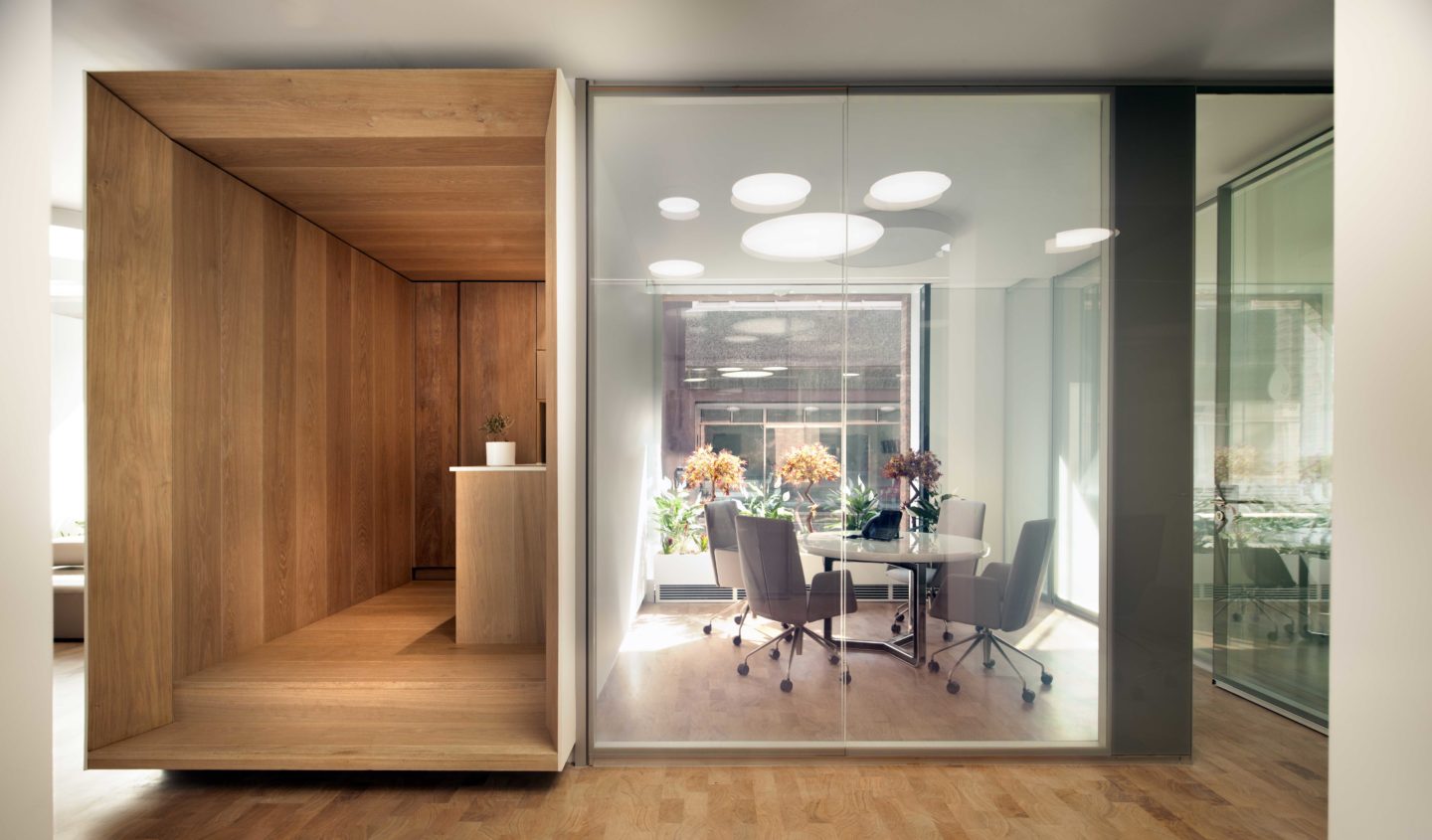