Situated in a leafy south west London suburb, this project involved the complete transformation of an existing residential site. It was proposed to demolish the existing building and construct two identical houses, which were to be symmetrical down the middle of the site. Each building was to incorporate two storeys and a basement, all built around a centrally located courtyard. The building was to be generally clad in stone and glass to achieve a modern and clean appearance.

The contemporary architectural design required a robust and flexible floor plan with minimal internal and external structural elements. As such, a reinforced concrete frame was employed, which also formed the waterproof basement construction. Steel sheet piles were used to create a watertight perimeter from which the basement could be excavated.

Internally, the feature staircase was designed and constructed as a bespoke, lightweight steel structure and was eventually clad in timber. A large roof light was located above the staircase, which spread light down through the centre of the building. 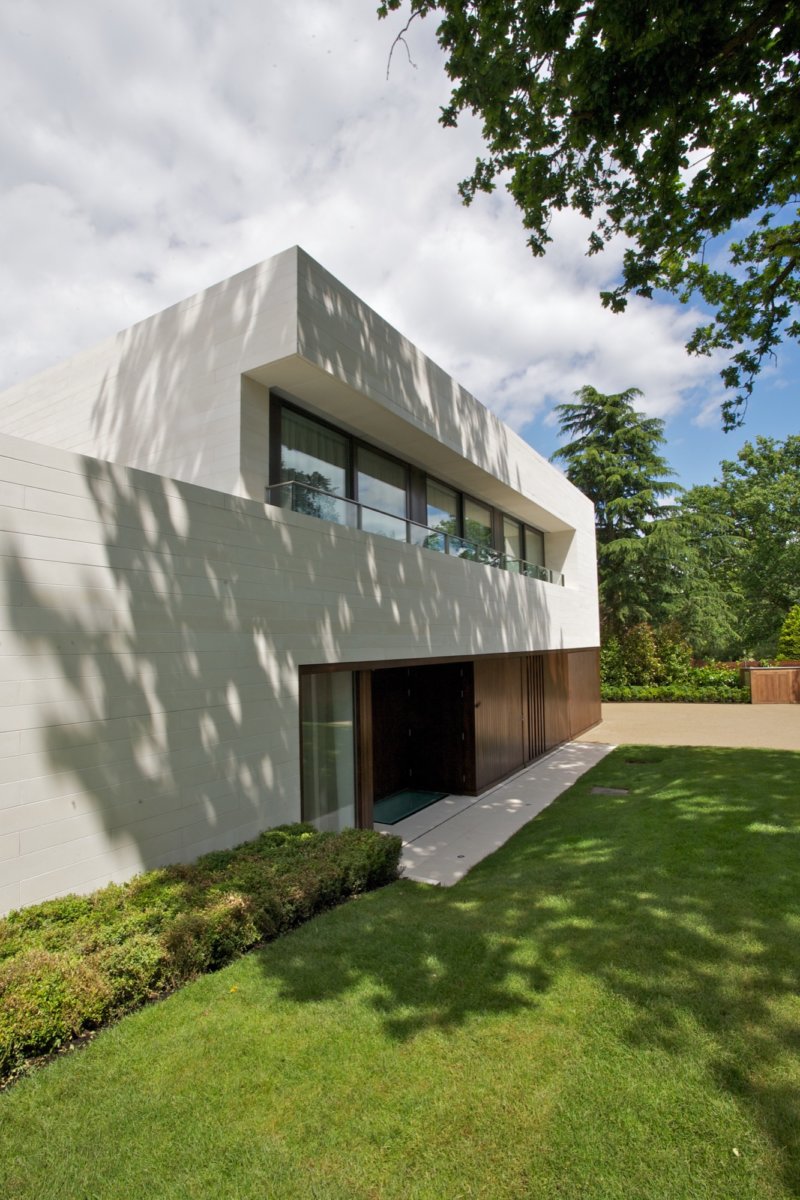 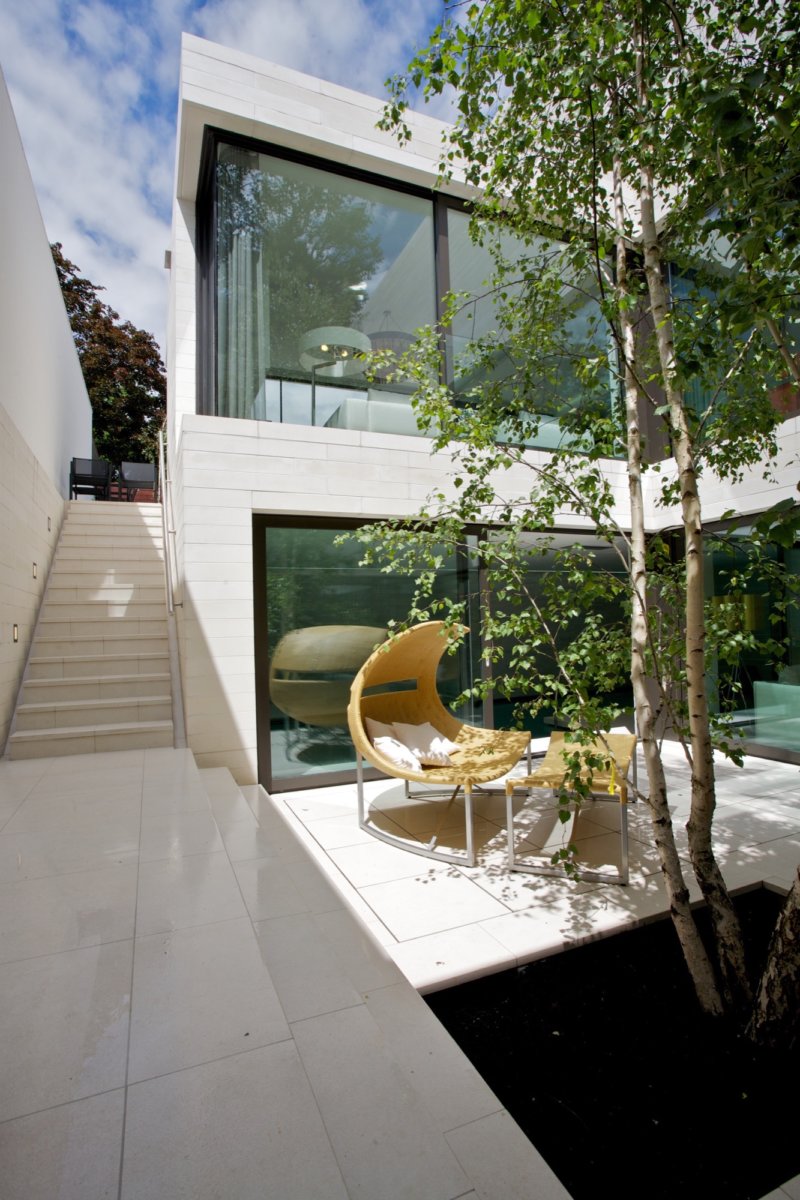