The project involves the retention of the existing Charles Holden facade on this prominent location on Oxford Street which dates from 1910. Seven storeys of new efficient structure will be constructed above ground behind with new land mark facade on Oxford Street. Post tensioned slabs are to be used to maximise the column grid and to maintain an overall building height below a protected sightline threshold.

Elliott Wood have been instrumental in achieving a vast increase in net lettable area on this development by working closely with various third parties to justify a landmark basement dig within the constraints of an existing Royal Mail tunnel, two LUL tunnels for the central line, a Thames Water sewer and the protection zone for the proposed Cross Rail 2 route. Three levels of basements below the existing basement are to be constructed within a secant piled retaining wall inset from the existing façade

Both the Central Line and the Mail Rail tunnel run directly below the site and ground movement assessments  tailored to the phase of the project have been undertaken to identify tunnel movement and lining stress increases. 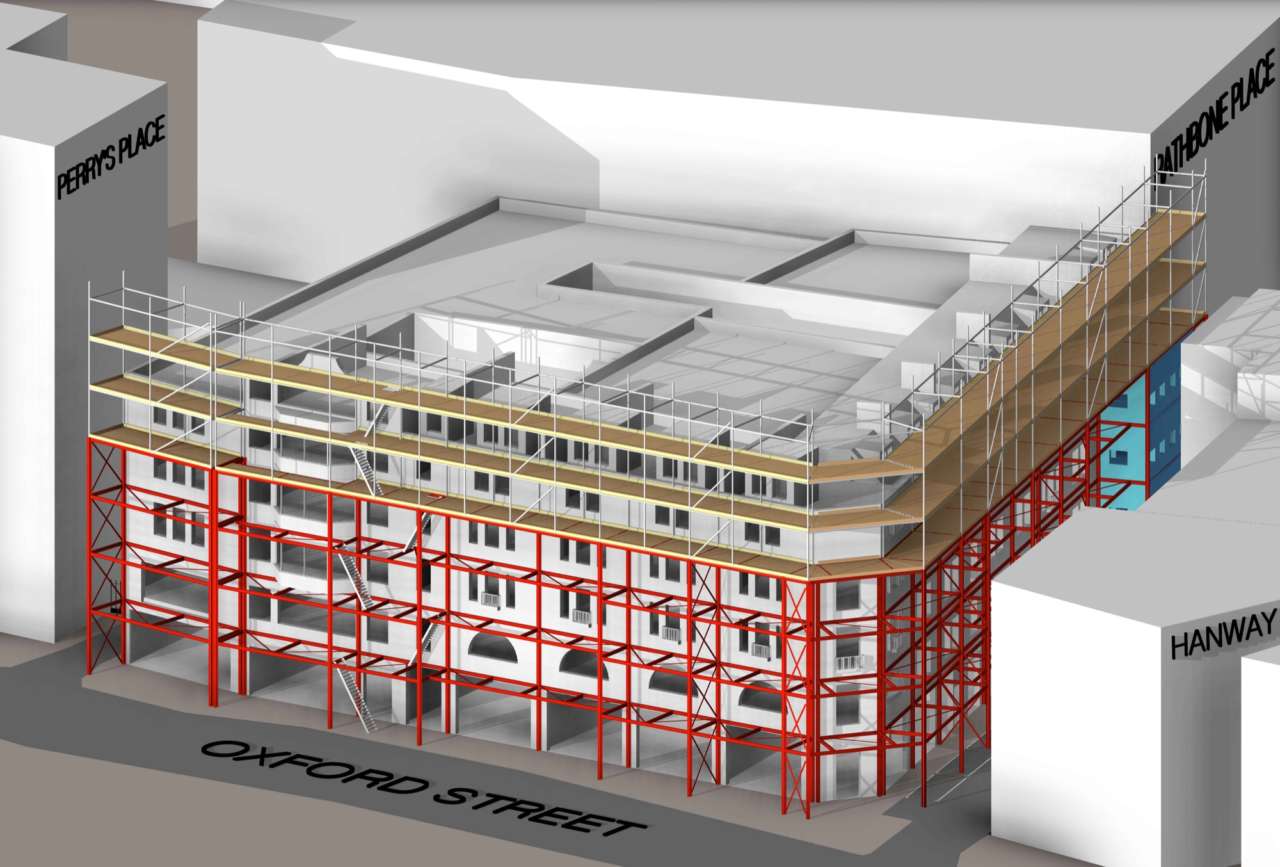 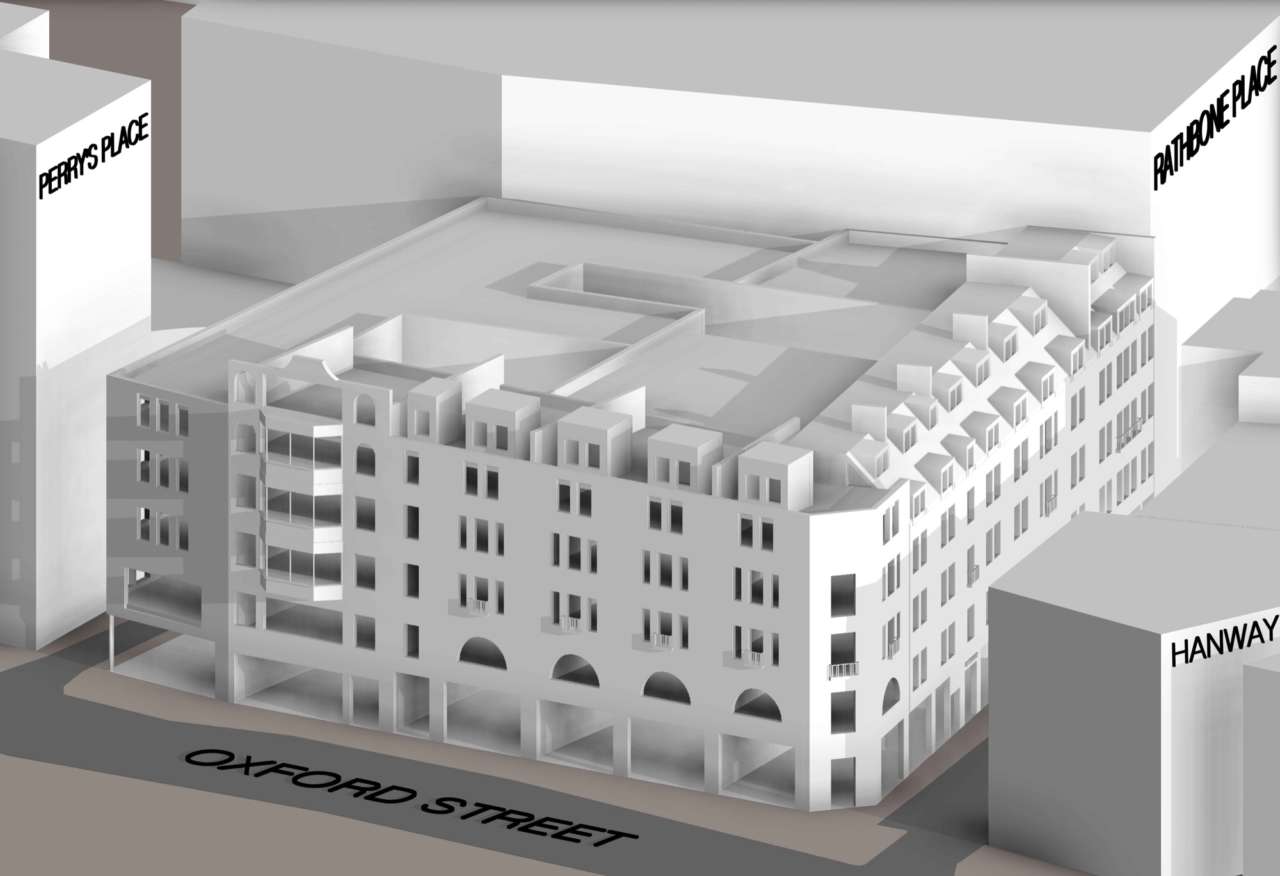 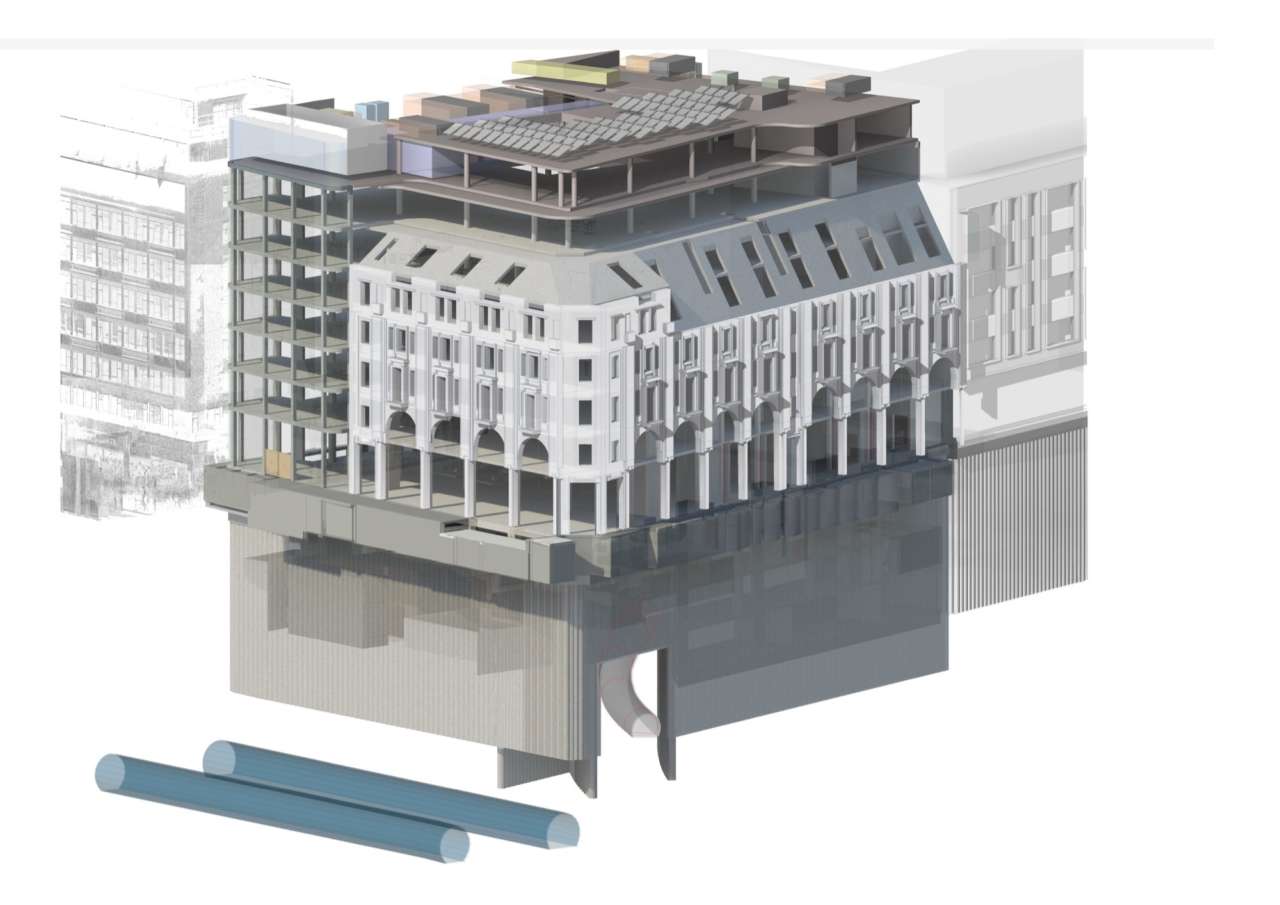 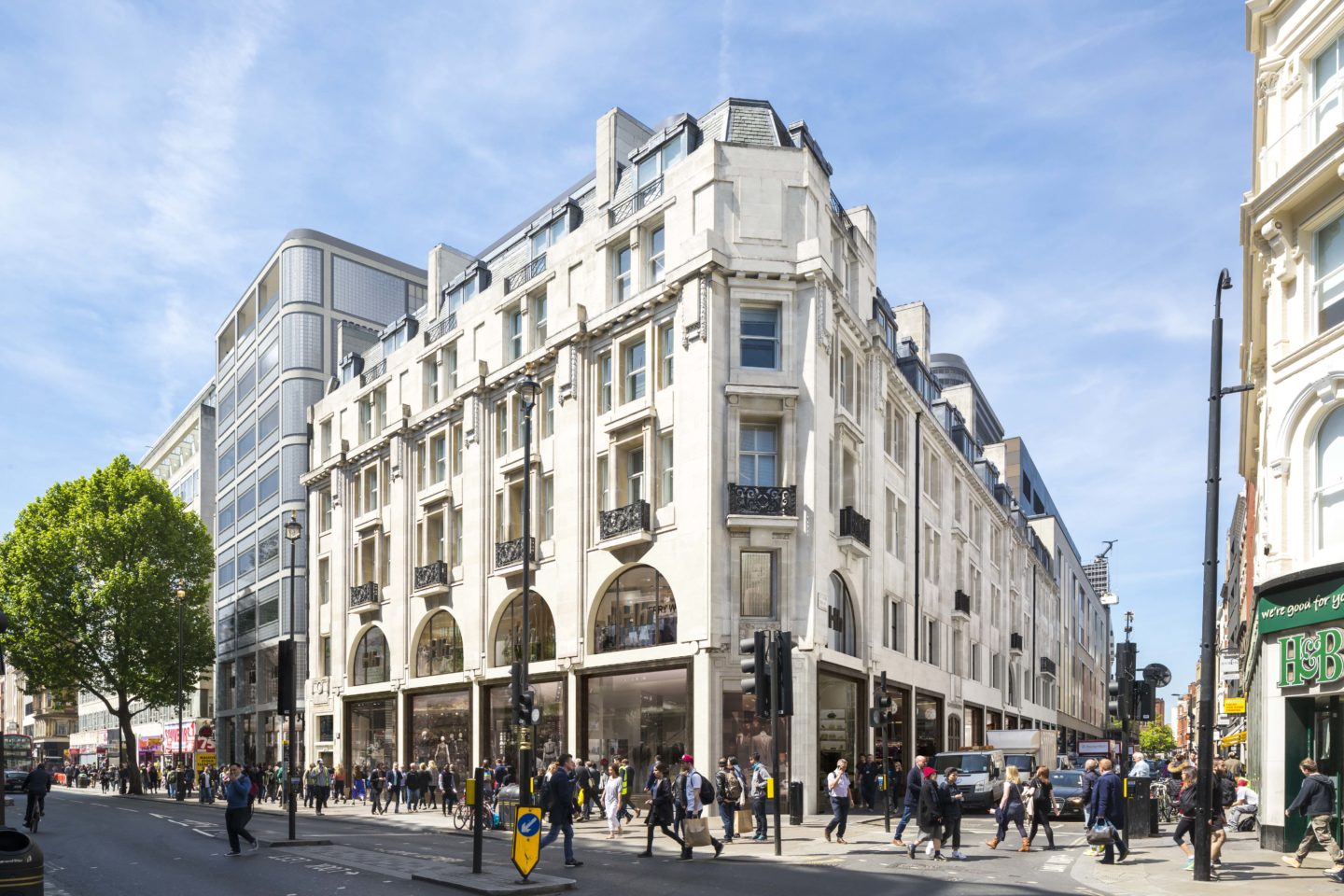 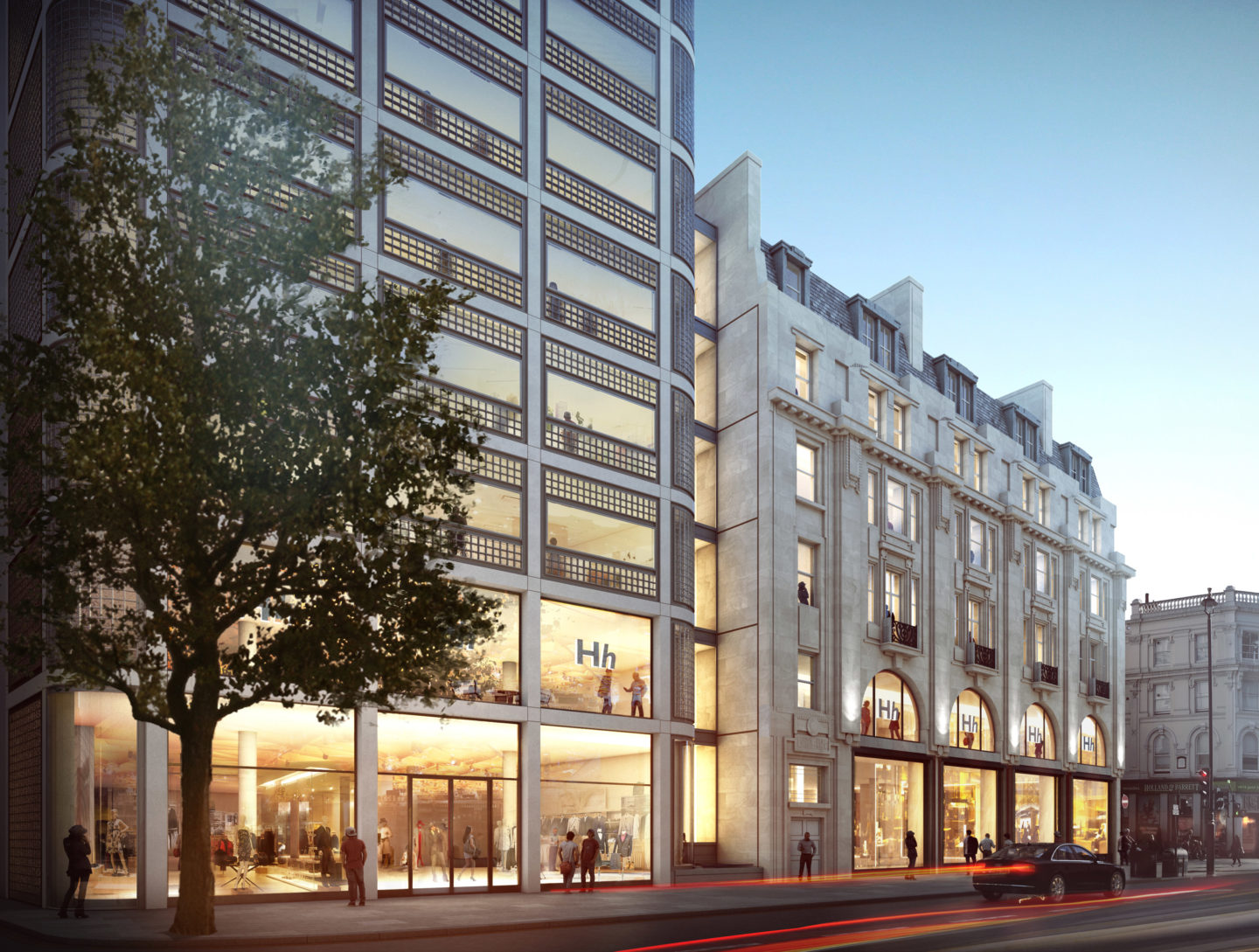 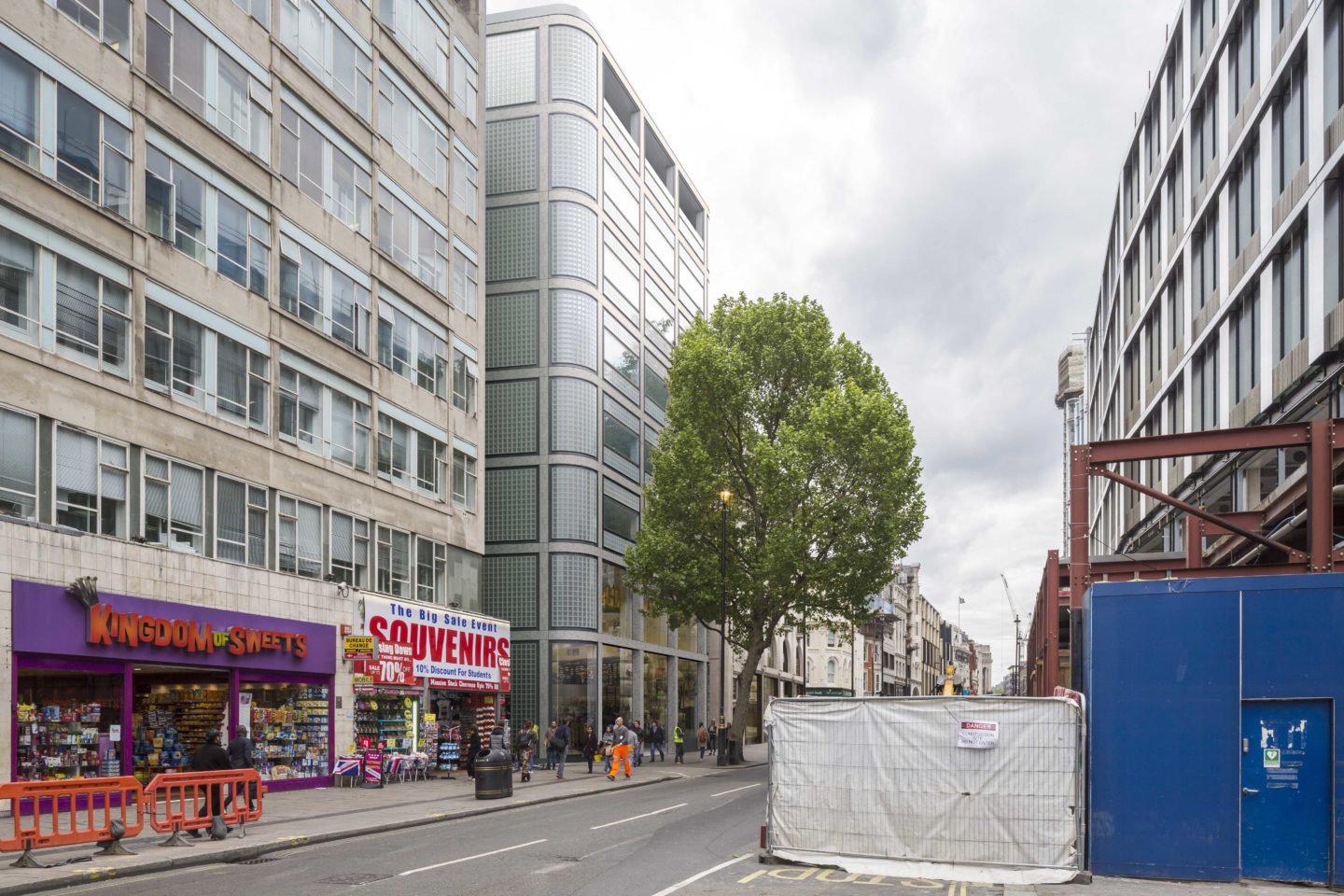