The historic development of the school site had resulted in differing forms, materials and quality being found throughout. An assessment of the existing buildings and a strategy for reuse was developed with the architect and client to realise a phased scheme allowing the school to remain open with minimal disruption.

To key aim of the project was to enhance the existing teaching spaces and provide additional accommodation including a new library. A new ETFE roof over the existing quadrangle was supported on an exposed steel frame.  Around the perimeter of the quadrangle a new steel frame was constructed that created walkway spaces at each level and enabled expansion of the existing classroom spaces.  On three sides the floor plates project into the space to allow the formation of flexible ‘pod’ spaces.  On the fourth a new stair cantilevers off the lift core and winds its way up through the building. 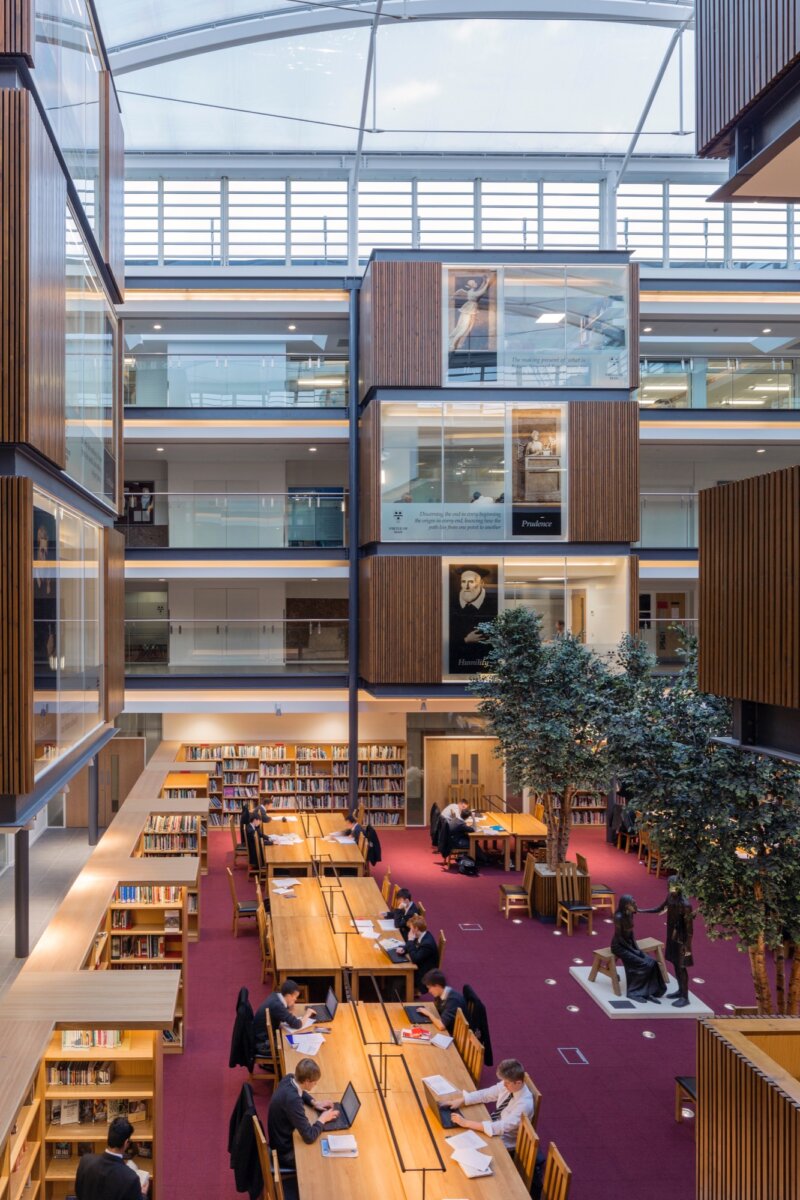 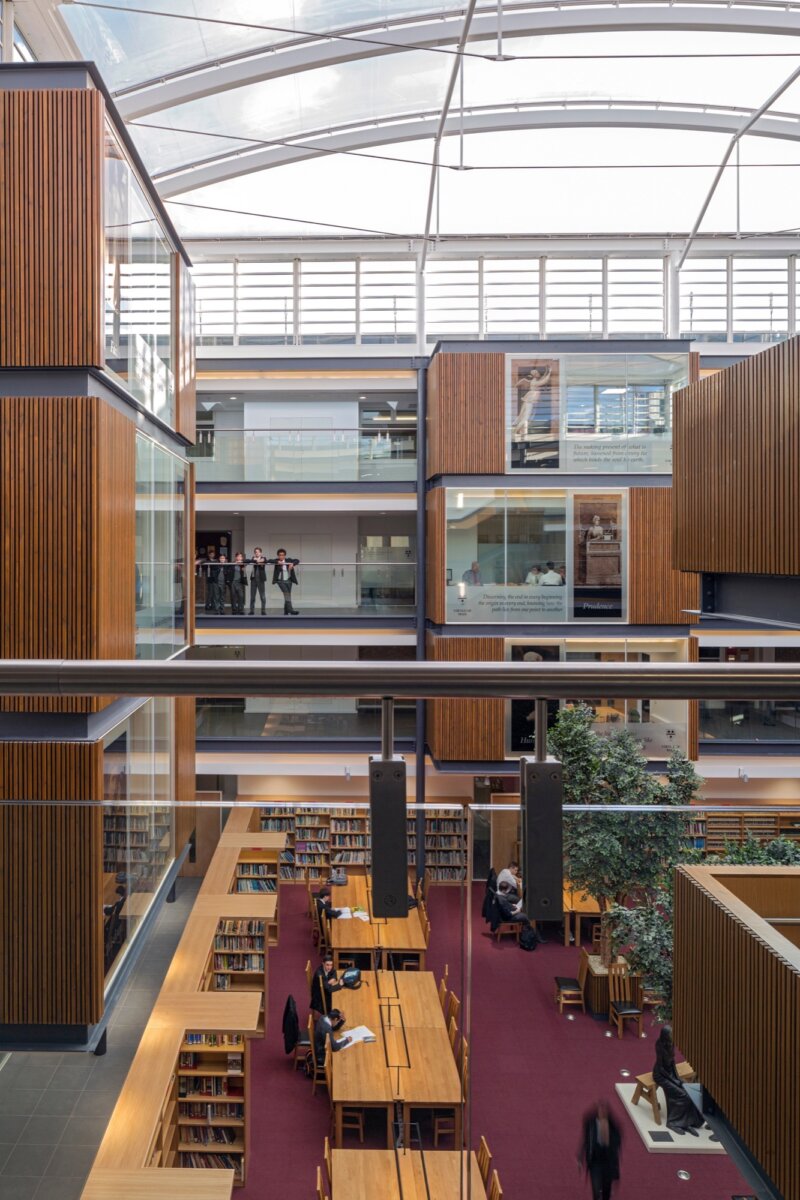 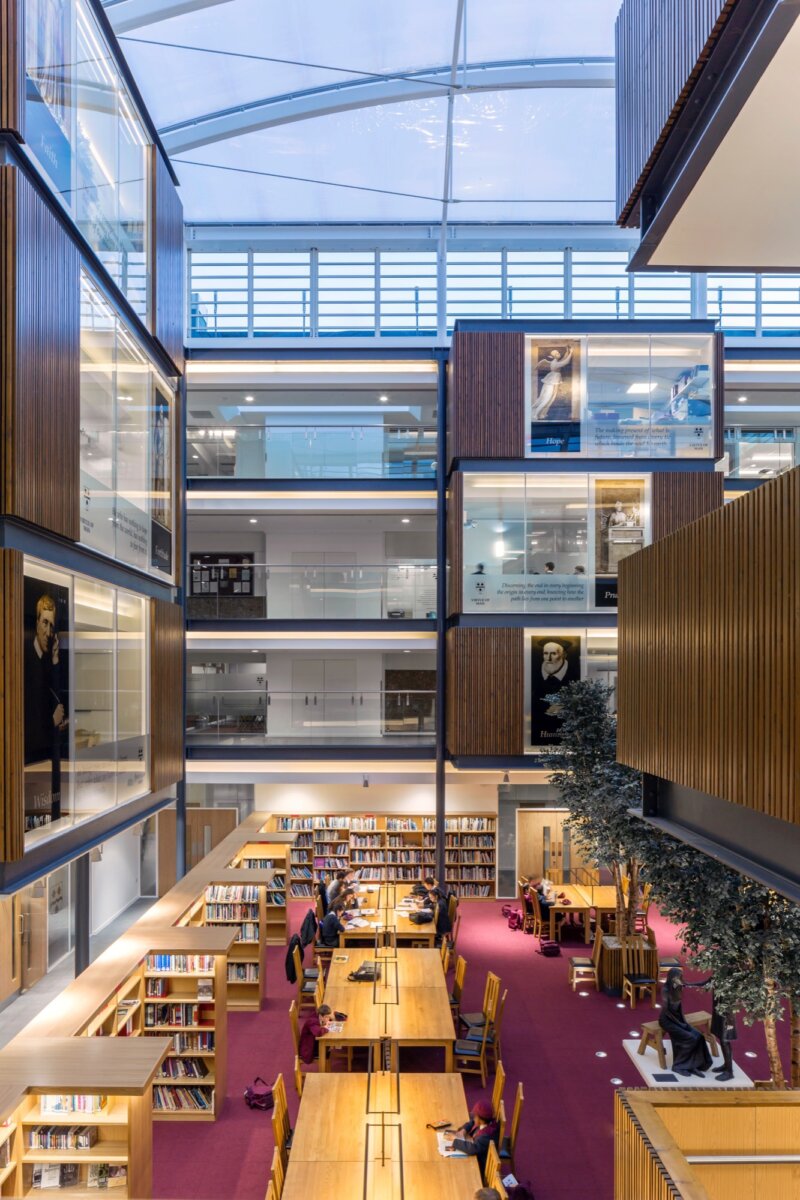 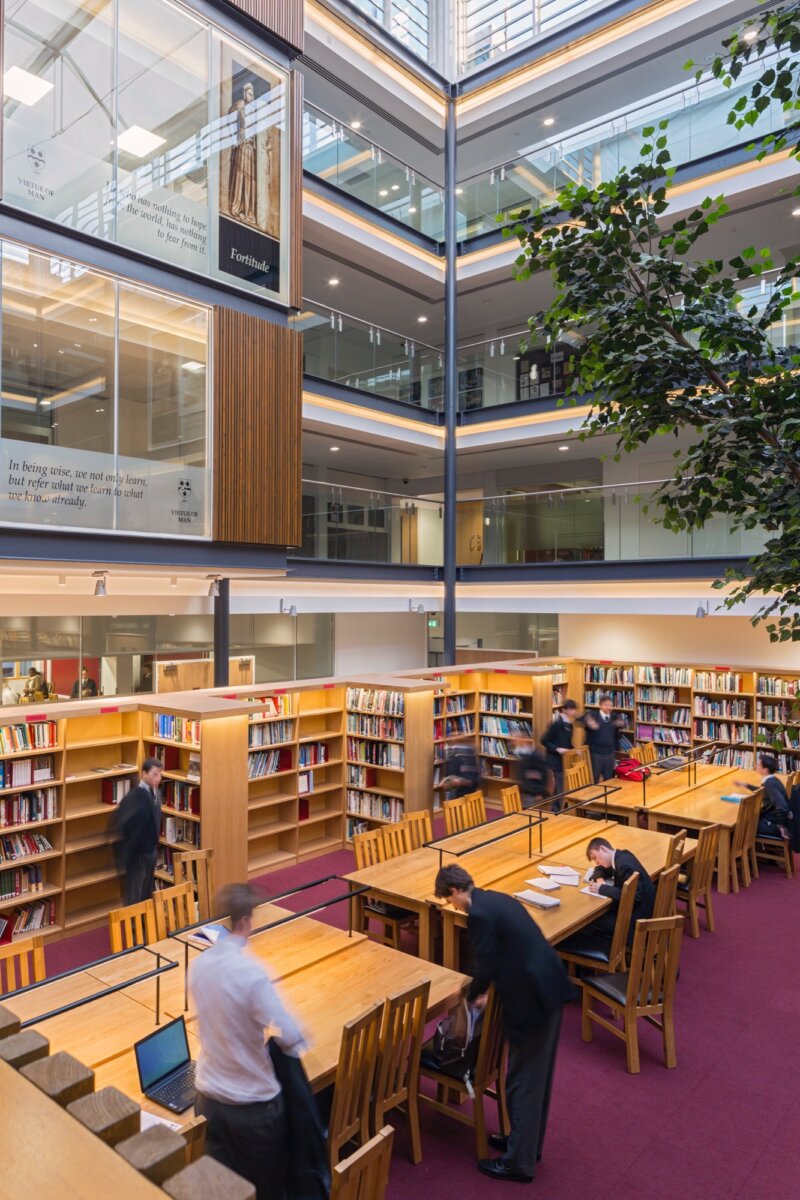 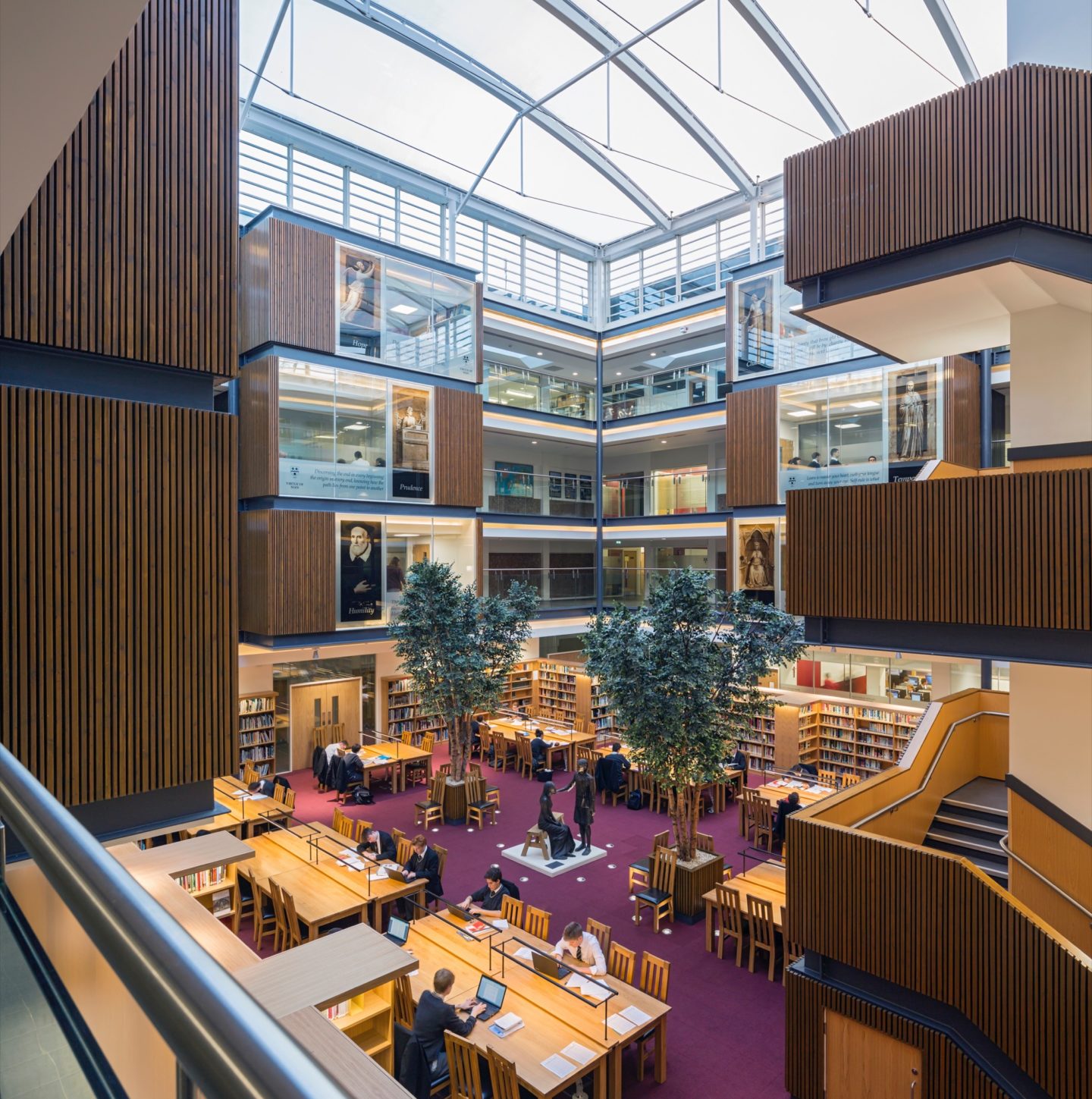 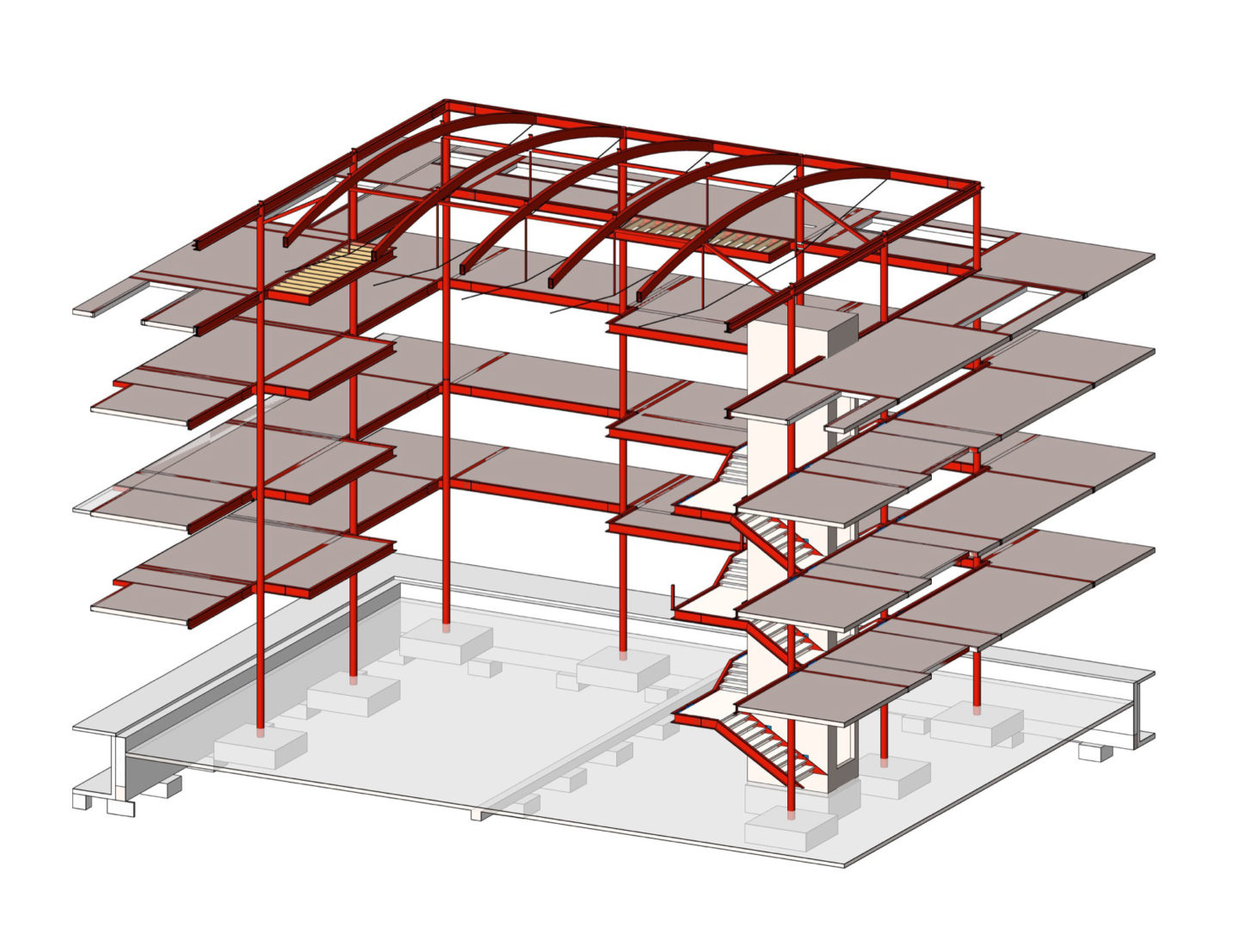 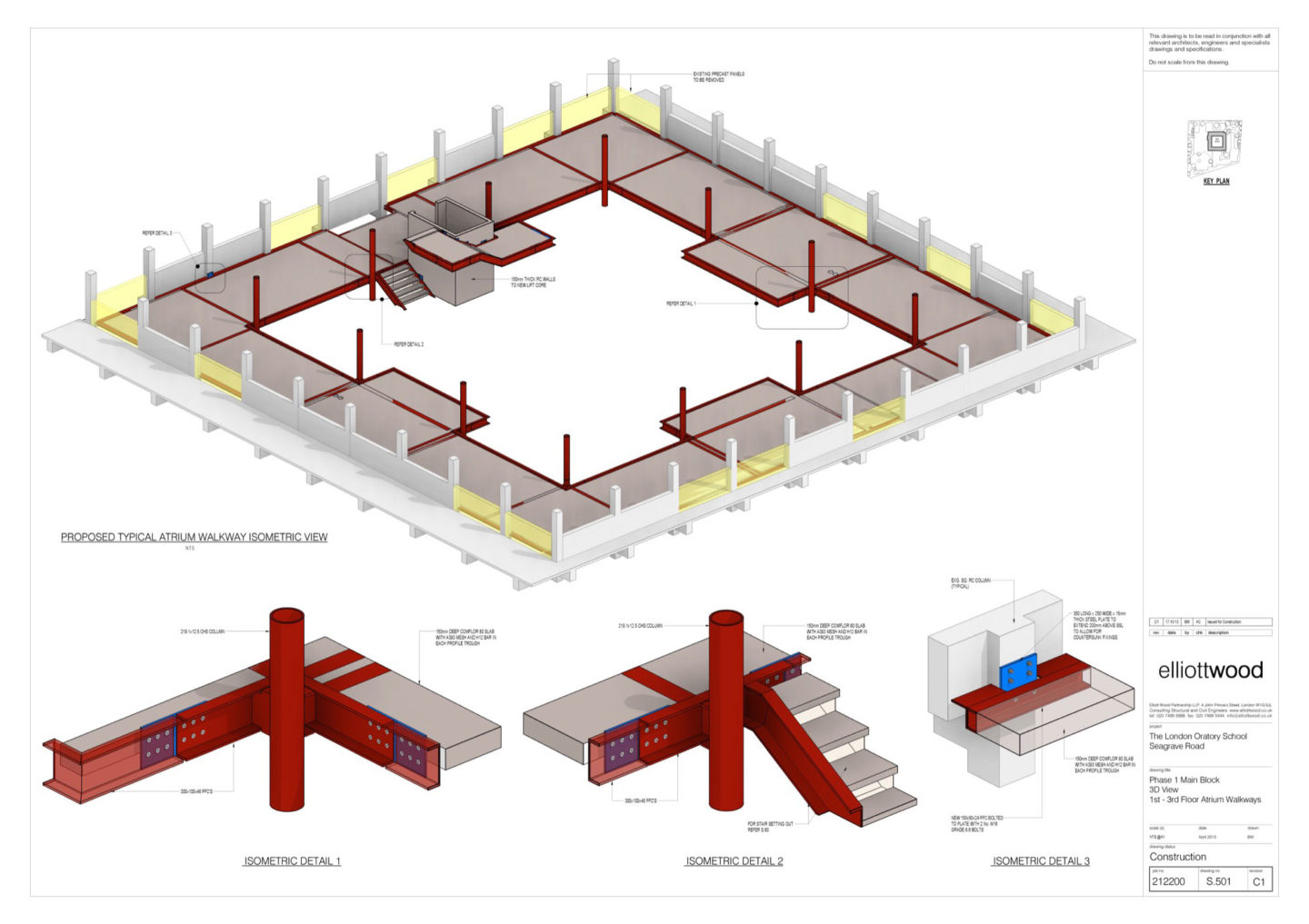