This Grade II listed factory, close to the centre of Birmingham, is where Bird’s Custard was originally manufactured. In 2007, the building was refurbished to create a stunning new office and exhibition space.
As part of the revamp, three T-shaped, steel and glass walkways were added on the first, second and third floors in one of the building’s atria. Conceived by the designer Philip Watts, these walkways have been transformed into a giant sculpture by an apparently random collection of metal tubes; these enclose the walkways and reach down to the atrium floor like a jungle of steel vines and lianas. Philip Watts approached Elliott Wood to get his spectacular concept to work.

Each walkway has been built as a truss, lying on its side, with the laminated glass walkway laid on top. The trusses, which are suspended up to 14m from the floor, span the 15m wide atrium to provide lateral stiffness.

Ten circular hollow section steel poles, 89mm in diameter, support each walkway. At their base the poles are supported on plates bolted to the ground and lower ground floors. The poles rise up as a series of interconnecting, straight columns to support the walkway truss and its handrail. Elliott Wood worked with Philip Watts to devise an adjustable fly-past connection to enable the steels to be easily attached to each other, no matter what the angle of intersection. About 500 connectors are used on the project. This innovative solution eliminated the need to detail each connection, thus saving huge amounts of time and effort.  Elliott Wood also devised the system for defining the geometrical setting out. 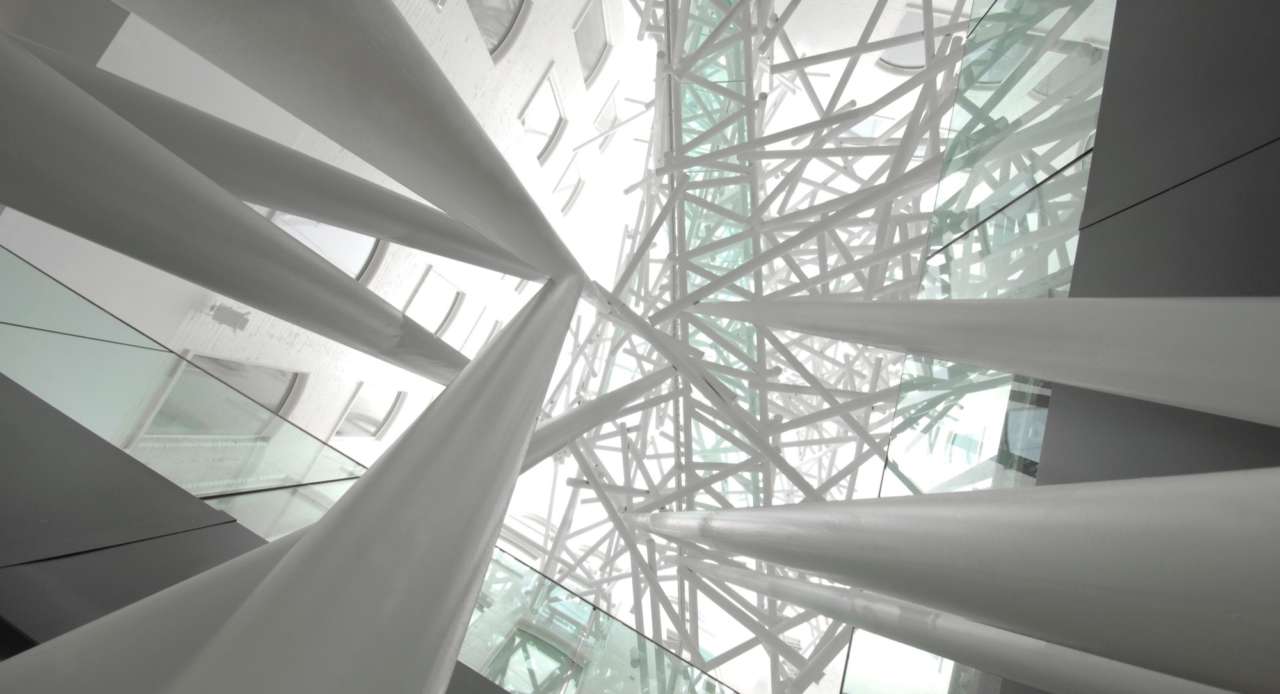 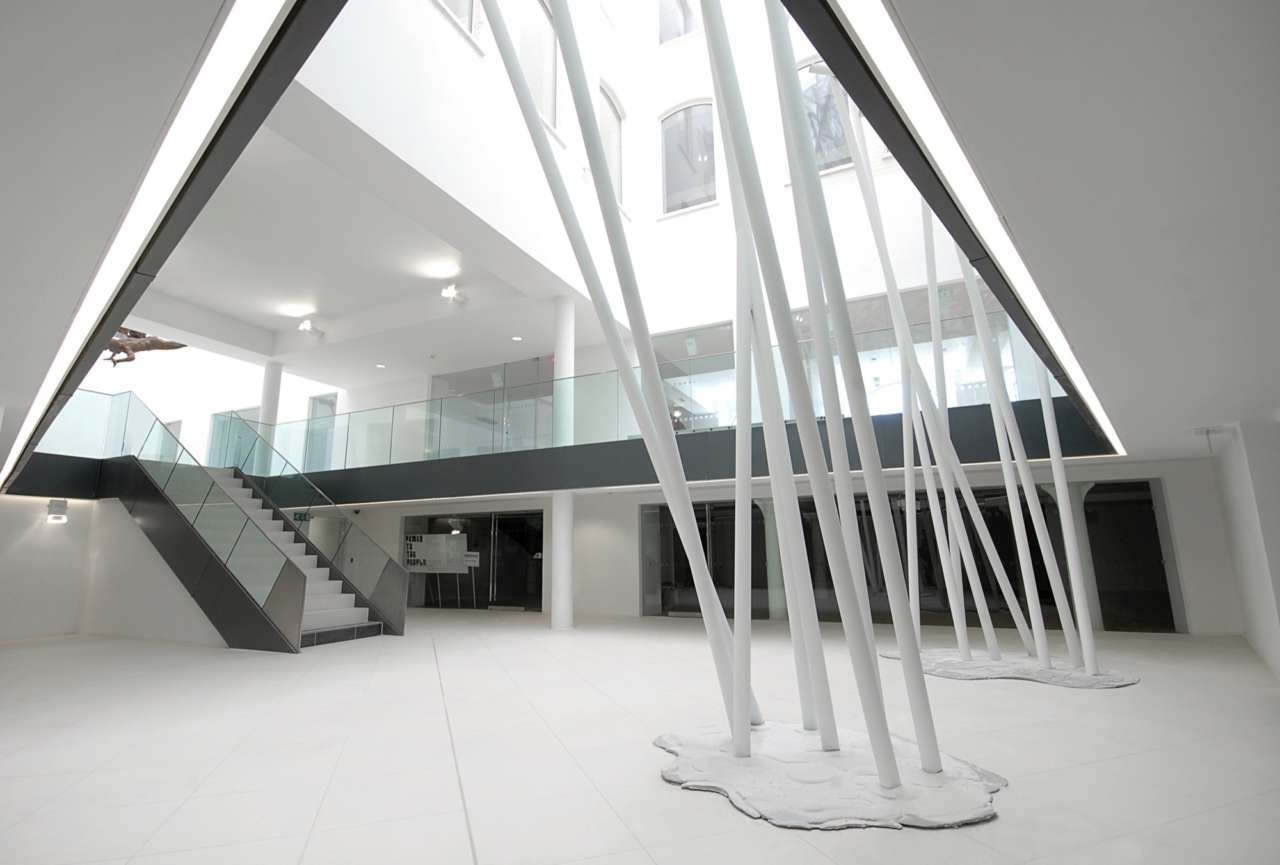 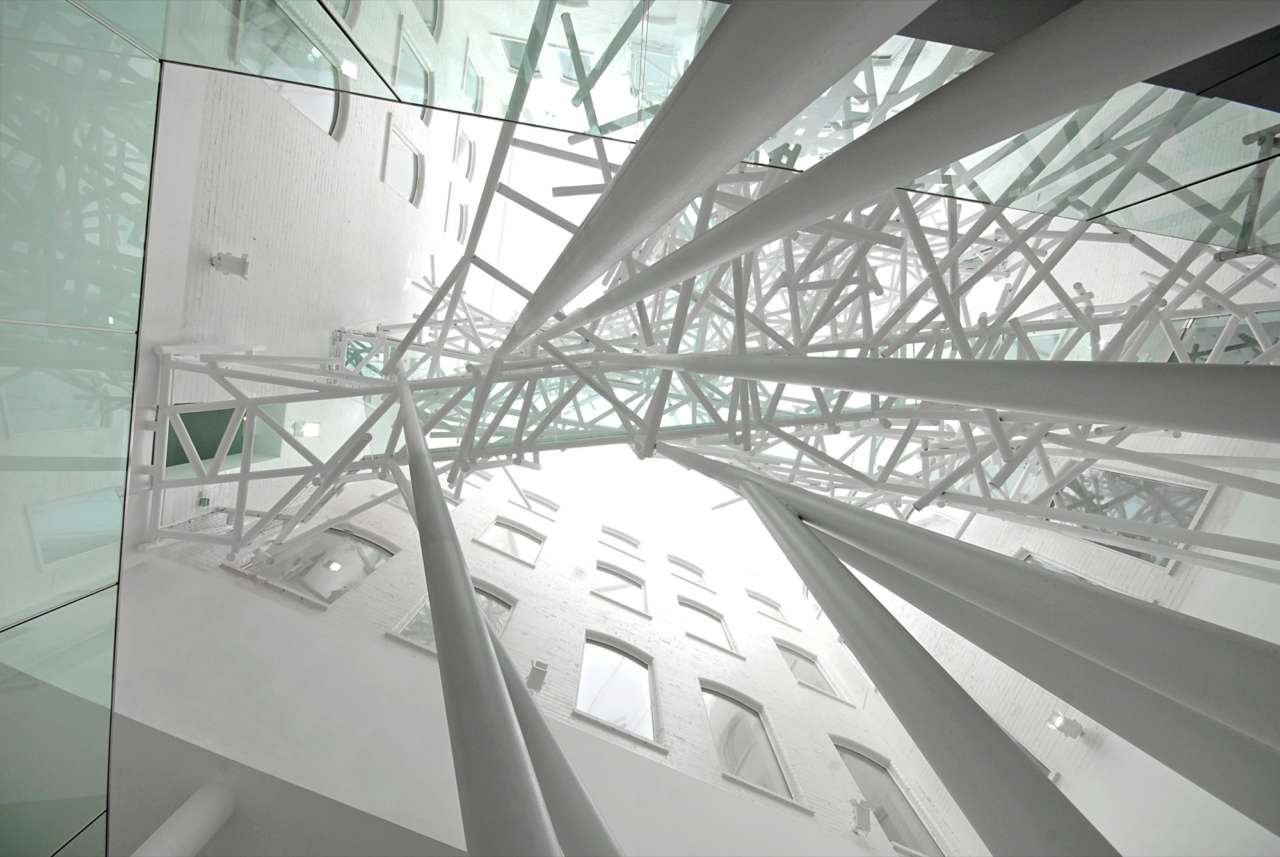 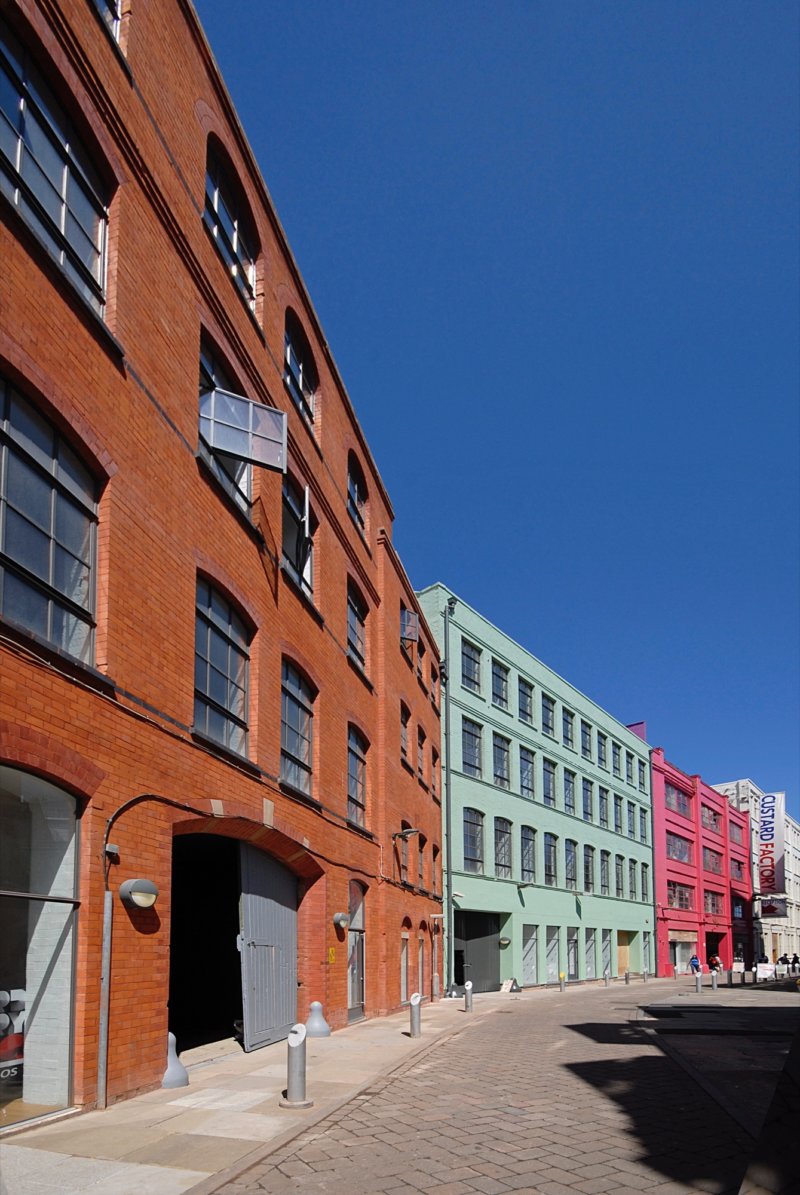 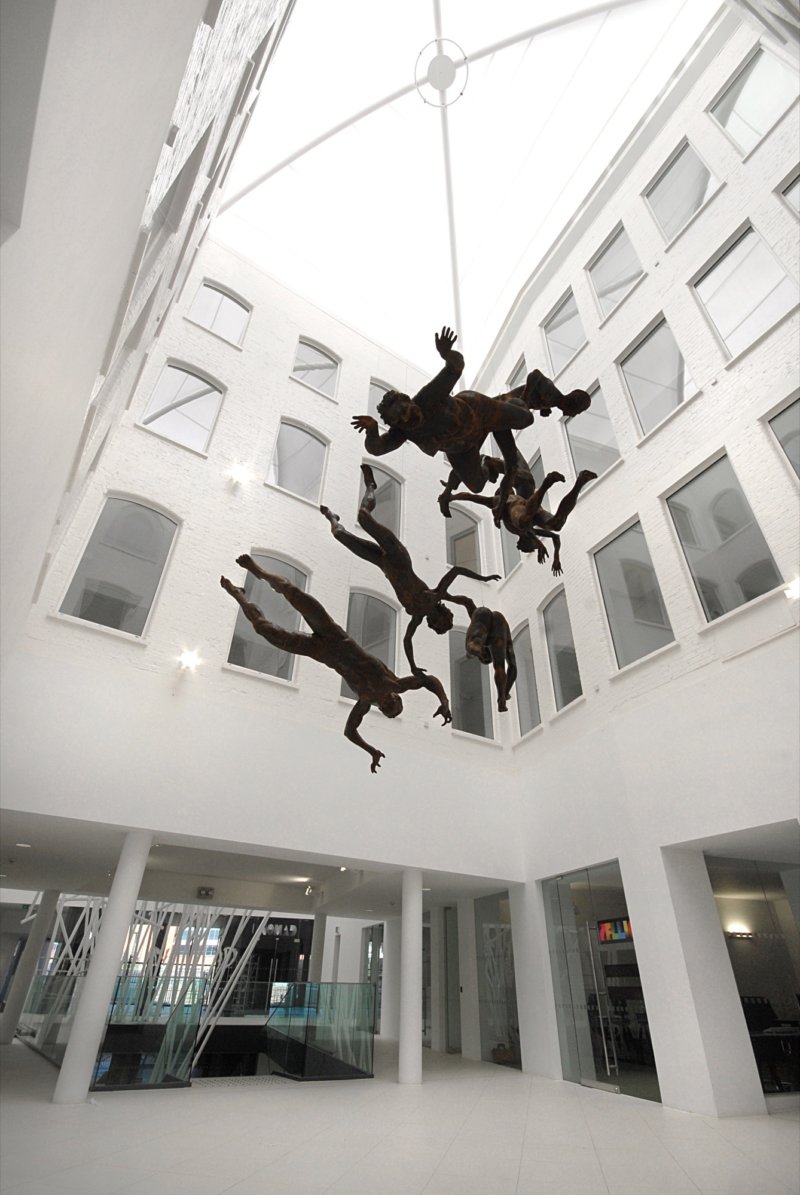